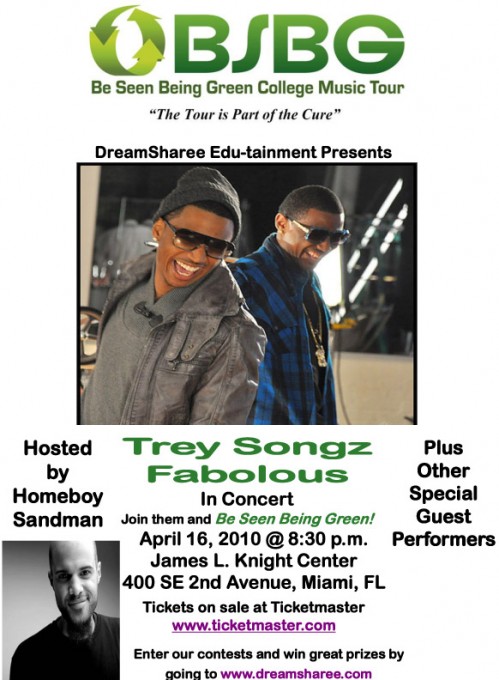 Green is Coming to Hip Hop
DreamSharee Edu-tainment is bringing green awareness to hip hop. On April 16, 2010, they are introducing their Be Seen Being Green College Music Tour kicking off on April 16, 2010 in Miami at the James L Knight Center with Fabolous & Trey Songz headlining. They are also hosting a Be Seen Being Green Seminar at the University of Miami on April 15, 2010.
DreamSharee Edu-tainment Presents
Fabolous & Trey Songs In Concert
Join them and Be Seen Being Green!
April 16, 2010 @ 8:30 p.m.
James L. Knight Center
400 SE 2nd Avenue, Miami, FL 33131
Tickets on sale at TicketMaster www.ticketmaster.com
Enter our contests and be eligible for great prizes by going here: http://dreamsharee.com/The_Tour.html