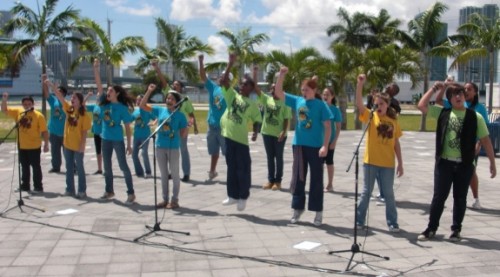 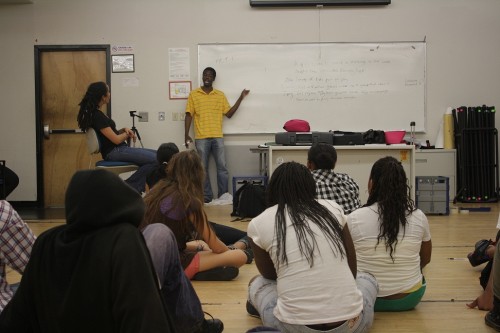 Voices United, An All Kids Arts Organization Presents A Special Screening Of Voices United: The Documentary
Saturday, February 6, 2010 @ 7:00pm., St. Christopherâ€™s Church, Key Biscayne
WHAT: Voices United (VU), a non-profit arts organization for children, is proud to present a special screening of Voiced United: The Documentary, created by VU Alumnus and Miami Native, Arlyn Richardson. This heartfelt documentary focuses on VUâ€™s unique process of enabling children to express their concerns and ideas through writing their own scripts, composing music, developing choreography and creating their own scenery.
WHO: Arlyn Richardson, Miami Native and VU Alumni, is a film maker and director. He is based in Los Angeles California and has worked on feature films such as Blood Diamond and The Last Samurai. Compelled by VUâ€™s enormous influence on his childhood, Richardson, focused the documentary on the performance process, interviews with current and past participants and its Founder, Katie Christie.
WHEN: Saturday, February 6, 2010 at 7:00 p.m. Admission is $5.00 and includes gourmet pizza, popcorn and refreshments.
WHERE: St. Christopherâ€™s By-The-Sea Church, Parish Hall, 95 Harbor Drive Key Biscayne, FL 33149.
INFORMATION: Voices United is a non-profit youth organization that promotes cross-cultural understanding through the arts. To purchase tickets for Voices United: The Documentary, please call 305-726-4822, email Katie@voicesunited.org or visit www.voicesunited.org.
Photos attached: 2173, jpg. Caption: Arlyn Richardson, Voices United Alumnus and Miami Native, conducting a session about film making to the VU kids. 1234, jpg. Caption: Voices United students during a performance in Quebec, Canada at the World Youth Congress.