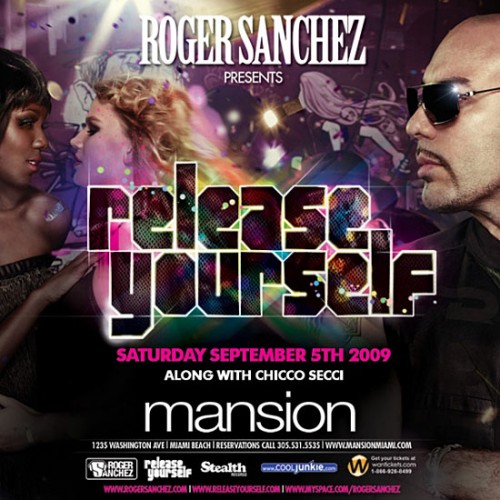 From the beginning of his career, he has consistently strived to redefine the boundaries of underground house music, beginning in 1990 under the moniker Underground Solution with the single “Luv Dancin.” With that now classic single, Sanchez proved that the texture of a thick syncopated baseline, and a simple but contagious melody, could rise above the confines of a small venue into mainstream consciousness and on to crossover radio airwaves. The track was eventually re-recorded with the haughty and seductive delivery of newcomer Jasmine, further expanding its already ardent international audience and providing a glimpse into Sanchez’s creative grasp.

“I’ll never forget hearing, that record played in a club for the first time,” says Sanchez. “Watching people react to it was a revelation. I knew this record was different from anything l had worked on and it was just the beginning.” From that point he rose to the top of the major label remix league, adding his magic touch to a broad selection of today’s greatest artists. One of those would again change the course of career travel for Sanchez; “‘Take Me Back To Love Again’ by Kathy Sledge was one of the first records that I had to really show people that I could handle something with real depth,” he says of the song that he transformed from a sultry R & B ditty into a full throttle, gospel-spiced mover. “It wasn’t just a case of re-cutting the keyboards and beat. l went back into the studio with Kathy, and she re-sang the song. It was pure chemistry. We connected and really respected one another and that brought out the best we had to offer.” A worldwide No. 1 smash, “Take Me Back To Love Again” led to post-production of Sledge’s next single “Heart.”

Along the way, Sanchez further developed his unique and highly musical image within clubland with a foray into the world of independent label ownership. In 1992, he formed One Records, an outlet that earned a sole reputation for it’s cutting edge releases by Sanchez and a host of other underground luminaries. Last year came Narcotic Records. Among it’s early releases was “Another Star” which proved to be a massive vocal club anthem on which he teamed up with Kathy Sledge once again. Narcotic has emerged as a label that can deliver eclectic club tracks from the likes of Ashley Beedle, Deep Dish and DJ Disciple.

The hardcore of Sanchez’s tenure in dance music is an ongoing passion for stepping behind the turntables. “To me, spinning records can be just as creative as producing and remixing,” he says. “A great DJ can take a record and give it an entirely new sound or vibe, by the way they deal with the beats or chord progressions.” Sanchez still spins regularly, serving the longtime disciples of his hallowed ‘Ego Trip’ travelling parties, which were the talk of New York and Europe.

“DJ-ing is part of what draws me into making music,” says the New York native, who divided his early 20’s between seasoning his musical aptitude and studying architecture at the Pratt Institute. “For a while I tried to do both, but what can I say, music was what touched me more deeply. I had to give it a shot.”

Needless to say, Sanchez made the right decision. In addtion to a full slate of production, writing and remix chores, 1997 will see the birth of Narcosis Records which will be an outlet for more experimental music including Drum ‘n Bass and Hip Hop. Both Narcotic and Narcosis will continue the Sanchez philosophy of nurturing new talent and providing inspirational dance music.