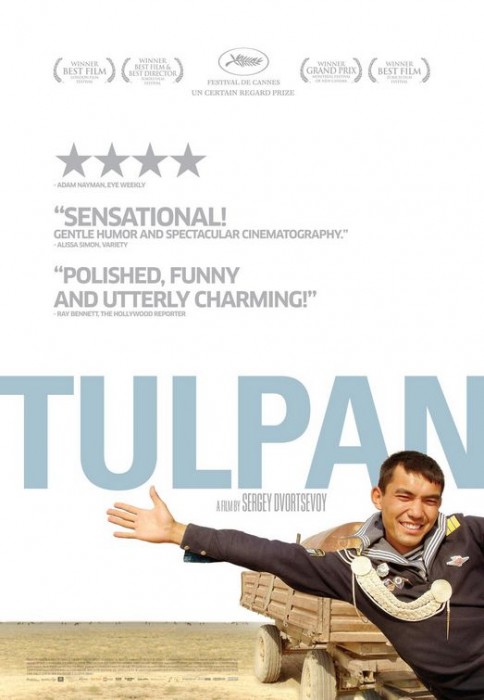 Acclaimed Kazakh documentarian Sergey Dvortsevoy’s first narrative feature is a gorgeous mÃ©lange of tender comedy, ethnographic drama and wildlife extravaganza. Following his Russian naval service, young dreamer Asa returns to his sister’s nomadic brood on the desolate Hunger Steppe to begin a hardscrabble career as a shepherd. But before he can tend a flock of his own, Asa must win the hand of the only eligible bachelorette for milesâ€”his alluringly mysterious neighbor Tulpan. Asa will stop at nothing to prove he is a worthy husband and herder. Tulpan’s gentle humor and stunning photography transport audiences to this singular, harshly beautiful region and its rapidly vanishing way of life. In Kazakh and Russian with English subtitles.
WINNER: Pris Un Certain Regard Cannes Film Festival
â€œMAGNIFICENT!â€â€“L.A. Weekly
â€œSPECTACULAR, UNCLASSIFIABLE!â€â€“The Village Voice
â€œA vivid, intensely enjoyable debut feature. . .blends intimate, gentle fiction with a strong dose of ethnographic observation, to immensely charming effect.â€
â€“Screen International
â€œThe most beautiful film of 2008!â€-Dana Keith, Miami Beach Cinematheque
For tickets click HERE