The event, organized in part by Miami Beachâ€™s first female mayor, Matti Herrera Bower, will convene world-class speakers and women from across South Florida to discuss womenâ€™s role and impact on politics, finance, wellness, the modern family and corporate America.

Targeting women of all ages and economic sectors, the event will include safety programs, self-improvement sessions, dialogues on how to balance modern demands with traditional responsibilities, panels with successful and influential women, business skills workshops and a â€œLunch at the Gardenâ€ featuring food tastings by top female chefs.

The 2009 Miami Beach Womenâ€™s Conference will be 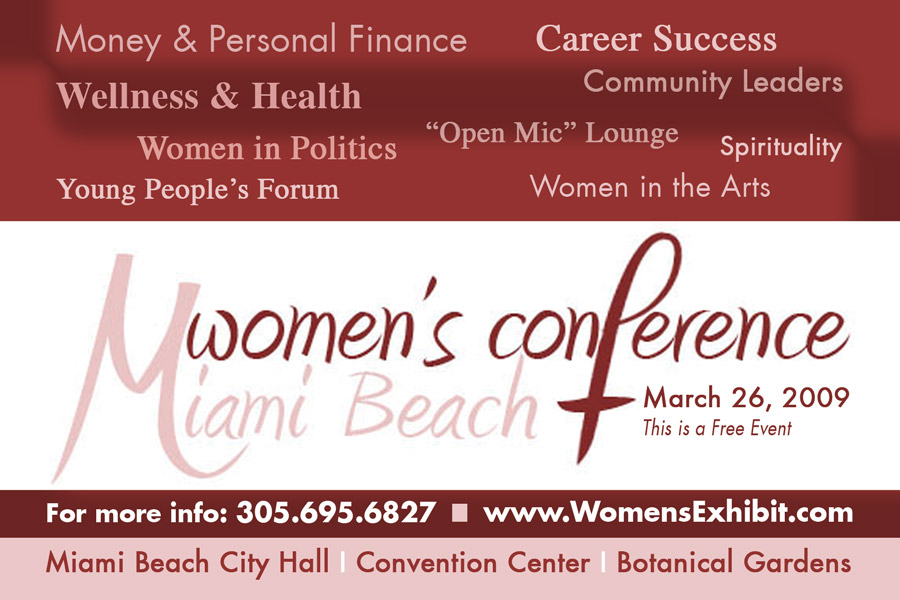