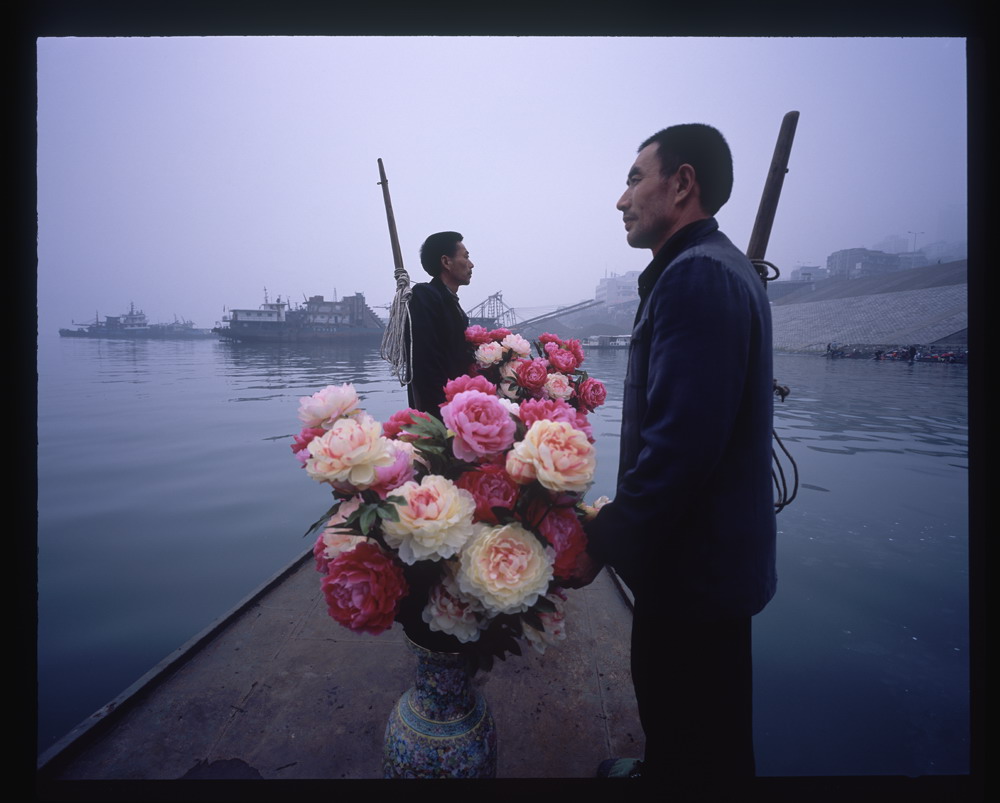 Adanto’s documentary, recently screened at the UK’s China Now, as part of Constant Stream China08 at the Royal College of Art, addresses China’s economic and cultural metamorphosis through the work of the Middle Kingdom’s most talented video artists and photographers. China’s place as an emerging global superpower directly relates to the “rising tide” of Chinese Contemporary Art. The film will screen twice this weekend; on December 5th at 8:30pm at the Miami Beach Cinematheque, and on December 7th at 6:00pm at the Colony Theater.

The Rising Tide integrates the work of internationally recognized artists such as Cao Fei, Xu Zhen, Wang Qingsong, Chen Qiulin and Zhang O. It is narrated by Rosalind Chao and Gordon Chang.

Born in an era of rapid societal change, the Chinese avant-garde sees the new China as a place where materialism and consumer culture are all pervasive. New explorations in art have accompanied the post-Mao reforms and economic growth. The balance of Western influence and traditional Chinese aesthetic remains conflicted. Add the complex cultural implications of the current market mania for Chinese Contemporary Art, and you have a truly compelling story which exposes the confusion and ambiguity that characterize the new China.

By allowing the artists and curators working in China to talk about the movement themselves, Adanto is able to convey the curious nature of this cultural phenomenon.

“Adanto’s surprisingly grim film highlights both the vitality and urgency of China’s burgeoning new culture while allowing its subjects to speak of the darker and more painful aspects of change,” says Gerry Mak in the on-line publication Flavorpill. The film seamlessly blends the artwork and the voices of the key-players in the Chinese Contemporary art scene without much intrusion from the filmmaker. “I wanted artists whose work contained powerful messages with the ring of truth. I was looking for art that communicated the confusion of a society in rapid transition or work which commented on the materialism pervading Chinese society. I still wanted beauty and originality, but not at the price of content. The art was going to be used in the film to advance my arguments, so I needed pictures and images that matter,” Adanto stated.

The Rising Tide is an incredibly timely examination of China’s growing prominence in international culture. In a climate of industrialization, urbanization, and increased freedom of expression, Chinese Contemporary Art has emerged as arguably the most vital and imaginative cultural force in the world today. “The rest of us better make an effort to grasp what their work is about, or get out of the way,” says Mark Lynch, host of WICN’s inquiry, “[The Rising Tide is] an ‘eye-opener’ in every sense of the word, if you are an artist, curator or art teacher be sure to catch this film.”

An open discussion and contextualization of this significant movement, The Rising Tide is certainly a must-see. For more information about the film, visit www.therisingtidefilm.com.