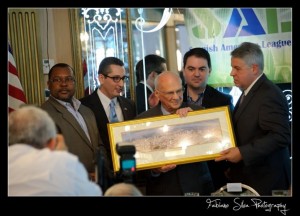 The former Nicaragua president Enrique Bolanos Geyer launched the first virtual library.Â  With over a million pages it is the first of it’s kind inÂ Latin America.

To the breakfast at the famous Versailles attended several political officials, business and comunity leaders.