Will the Miami Marine Stadium Ever Be Restored?

By Donald Worth, Co-Founder, Friends of Miami Marine Stadium and Restore Marine Stadium
and Angela Shlyakhov, Anzhelika Productions and producer of the “IF SEATS COULD TALK” Exhibitions 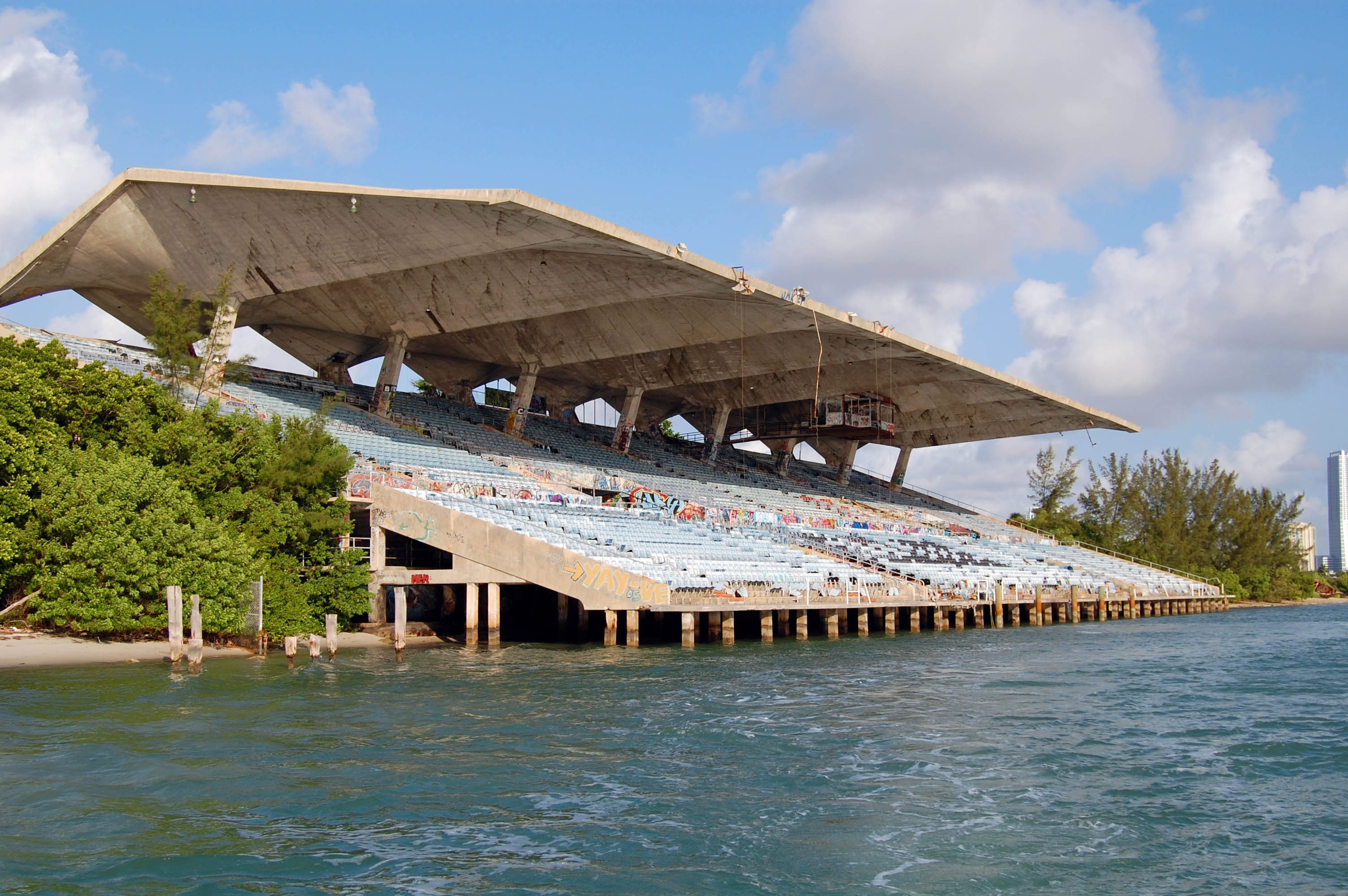 For well over a decade, everyone has been hearing about the restoration of the historic Miami Marine Stadium located on scenic Virginia Key Biscayne. To date, nothing has still happened. Therefore, the restoration effort must be just a crazy idea and, of course, the land could eventually be used for high end condominiums and hotels. It’s not hard to be cynical in Miami. In this article, we will lay out the “insider’s view” and history of the effort to restore the Miami Marine Stadium.

1963-2007: First, an Introduction
The Miami Marine Stadium (and Basin) were built in 1963. Originally created for boat racing-a popular sport at the time, the Stadium eventually expanded to include concerts on a floating stage, Easter Sunrise services, and even political events. Since it was built, the Stadium has been recognized as an architectural marvel-its concrete roof was considered the longest span of cantilevered concrete in the world. The concerts and events were legendary, and the Marine Stadium operated for 28 years. In 1992, after Hurricane Andrew, the Stadium was shut down.

But there were always problems. The City ran the facility and it often lost money on an annual basis. Beginning in the mid-80s, the number of events at the Stadium began to decline and the property was not maintained. At this point, developers began to approach the City, suggesting that the site could be better used for commercial purposes. After Hurricane Andrew, the City alleged that the Stadium was damaged and received $1 million in FEMA funding to demolish the building. Ultimately an engineering company hired by the insurers of the Marine Stadium conducted a study and determined that the Stadium was NOT damaged by the Hurricane and in fact was structurally sound. (Note: to this day, people have incorrectly stated that the Stadium was damaged by the Hurricane). The Marine Stadium sat idle decaying and in disrepair-a prime candidate for demolition by neglect.

2008-2014: Years of Advocacy, Friends of Miami Marine Stadium
In January, 2008, an informal group, Friends of Miami Marine Stadium (FMMS) was established under the umbrella of Dade Heritage Trust to advocate for restoration of the Stadium. This was a Don Quixote effort at its best. With the exception of (then) City of Miami Commissioner Tomas Regalado, every politician was either skeptical or hostile to the idea. Members of the Administration also thought it made no sense. After all, the Marine Stadium was damaged beyond repair and was really a “white elephant”, right?

Nevertheless, FMMS found strong public sentiment for saving the Stadium. Prestigious national organizations such as the World Monuments Fund, the National Trust for Historic Preservation, the American Express Foundation and Tourism Cares all became involved and lent support. There were numerous public events, lectures, even a comprehensive exhibition at the Coral Gables Museum and another at HistoryMiami Museum.

The Friends group began to make progress with the City of Miami, as well. The Marine Stadium (and Basin) were designated Historic by the City’s Historic Environmental and Preservation Board. At this time, Tomas Regalado became Mayor and he made restoration of the Marine Stadium a key priority. In July, 2013, the City of Miami entered into a Memorandum of Understanding with Friends of Miami Marine Stadium, giving the organization 18 months to raise the money (estimated at $30 million) to restore the Stadium. Gloria Estefan became the spokesperson for the Friends group and the Stadium continued to receive national publicity-including ten editorials of support from The Miami Herald.

November 2014-Failure
Friends of Miami Marine Stadium did not raise $30 million. Instead, they proposed a development plan which was widely criticized as being unfeasible and included numerous conflicts of interest. The City Commission rejected it unanimously. Both Gloria Estefan and the National Trust for Historic Preservation-were enraged by this turn of events and completely dissociated themselves from the organization. After six years of increasing success, Friends of Miami Marine Stadium, the lead group advocating for restoration of the Stadium, unfortunately collapsed.

Moving the Boat Show to the Marine Stadium was and is controversial. But it has been beneficial to the Stadium for several important reasons. First, it “iced the site” and prevented full scale redevelopment (i.e. condos and hotels). Bringing the Boat Show-and its 100,000 attendees to the site, drew attention to the Marine Stadium. Finally, after six years of advocacy it seems that the political winds had shifted. The Miami City Commission began discussing how The City could take over the restoration of the project.

But the City moved at a glacial pace. In 2016, RJ Heisenbottle Architects was selected to begin restoration plans for the Stadium. In 2017, the City issued a Request for Letters of Interest from potential operators of the Stadium. In 2017, the Miami City Commission actually approved the sale of $45 million in revenue bonds to finance the restoration of the Stadium. This was big news but approval remains preliminary. It did not help that there was an election in 2017 and as Tomas Regalado was termed out, a new Mayor, Francis Suarez, was elected. It took a while for his Administration to find its footing.

During this time, advocacy efforts slowly revived. The National Trust for Historic Preservation resumed its long history of support and lit up the Stadium in 2015 for their annual meeting. A new grass roots group, Restore Marine Stadium was created in 2015 and introduced its Facebook page. The group now has over 3,000 followers. In the summer of 2016, Heineken launched a major crowd funding campaign for the Stadium. Its outstanding video of the Stadium went viral generating 39 million views-demonstrating in concrete (can’t resist) terms the enormous commercial potential of the Stadium. (https://www.youtube.com/watch?v=io42_aXraxY)

2019: A Good Year for the Marine Stadium

Here is where we stand (so far):

-Comprehensive restoration plans by RJ Heisenbottle will be completed in the next several months.

-The Florida Inland Navigation District (FIND) approved a $1.2 million grant for restoration of the Stadium, subject to receiving applicable Federal and State permits. FIND may provide additional grants in the future to this project.

-The City of Miami has issued a Request for Proposal for an outside, professional operator for the Marine Stadium. Responses are due by the end of August and a number of qualified firms are bidding.

-Restore Marine Stadium and Anzhelika Productions introduced an exhibition of original Marine Stadium seats removed by Heineken and reimagined by artists during Art Basel 2018 at the Miami Dome in Little Haiti. On April 24, 2019, 12 of over 60 seat artworks were exhibited at the Miami Design Preservation League Welcome Center in Miami Beach. Our exhibition entitled “If Seats Could Talk runs through September 9, 2019 in collaboration with Historic Virginia Key Beach Park. All of the artist seats can be seen on the website, www.restoremarinestadium.org and are available for purchase.

-Heineken is back with another promotion. This involves a contest to place your name on a sculpture to be located in front of the Stadium, a series of “Marine Stadium Sessions” (concerts at local clubs) and an upcoming promotion with Publix.

-All these efforts have re-energized momentum, public awareness and press coverage, with recent articles in Ocean Drive Magazine, the Fort Lauderdale Sun Sentinel, on WLRN Radio, Excitement Radio, with lots more to come.

It will be necessary to mobilize support to the Miami City Commission at that time. In the past, we’ve been able to generate over 1,000 individual emails to City Commission and this has been a key to our incremental success. To be kept informed about the Stadium, join the facebook page, https://www.facebook.com/Restoremarinestadium

Restore The Stadium: Will We Do It And What Have We Learned?

We are cautiously optimistic. The Administration is moving forward and we believe with proper public support at the right time, the Commission will be with us. Challenges remain-such as allocating time and use of the site between Marine Stadium operations and the Miami Boat Show, but there is clearly positive momentum.

However, in Miami nothing is assured and it’s taken almost 12 years to get to this point. So what have we learned?

-Don’t give up!! This has been a grass roots project from the beginning. If it wasn’t for the undying spirit and hard work by many, the Miami Marine Stadium would have been demolished years ago.

-It’s vitally important to have political leadership. In fact, without the support of at least one elected official, our years of advocacy would be history. Mayor Tomas Regalado was a leader when no one else was. His successor, Mayor Francis Suarez has warmed to the challenge and is now a strong supporter. District Commissioner Ken Russell has shown leadership as well. Marc Sarnoff, Commissioner from 2007-2015 was skeptical of the Stadium but nevertheless was willing to advocate for a practical path forward.

-If you are a grass roots organization, it helps to have the support of strong, outside organizations to provide credibility and resources. We have been extremely fortunate to have the following organizations in our corner: The National Trust for Historic Preservation, the World Monuments Fund, Tourism Cares, the Getty Foundation, the American Express Foundation and locally the Greater Miami Convention and Visitors Bureau have been important supporters of our effort.

-Try to be realistic, fact based, and not emotional. Carefully consider the arguments of people who may disagree with you. Don’t be afraid to compromise. Always remember, “the perfect” is the enemy of “the good”.

-Don’t forget the press! Stories on television, newspapers, radio, web publications can greatly increase our reach and effectiveness. We’ve also been fortunate here; the story of the Marine Stadium is attractive from a number of angles and we’ve gotten local, national and international press, including a long article in the New York Times, three major stories syndicated nationally by the Associated Press, and a 7 ½ minute spot on the PBS News Hour.

-Sometimes, you have to get lucky. When Friends of Miami Marine Stadium collapsed, the whole site was vulnerable to massive commercial development. But the Miami Boat Show arrived at the right time to preserve the site.

While it is easy to be cynical, especially in Miami, that accomplishes nothing. We’ll end with two quotes from one of America’s greatest entrepreneurs:

“I haven’t failed, I’ve just found 10,000 ways that don’t work”
“Our greatest weakness lies in giving up. The most certain way to succeed is always to try one more time.”
-Thomas Edison 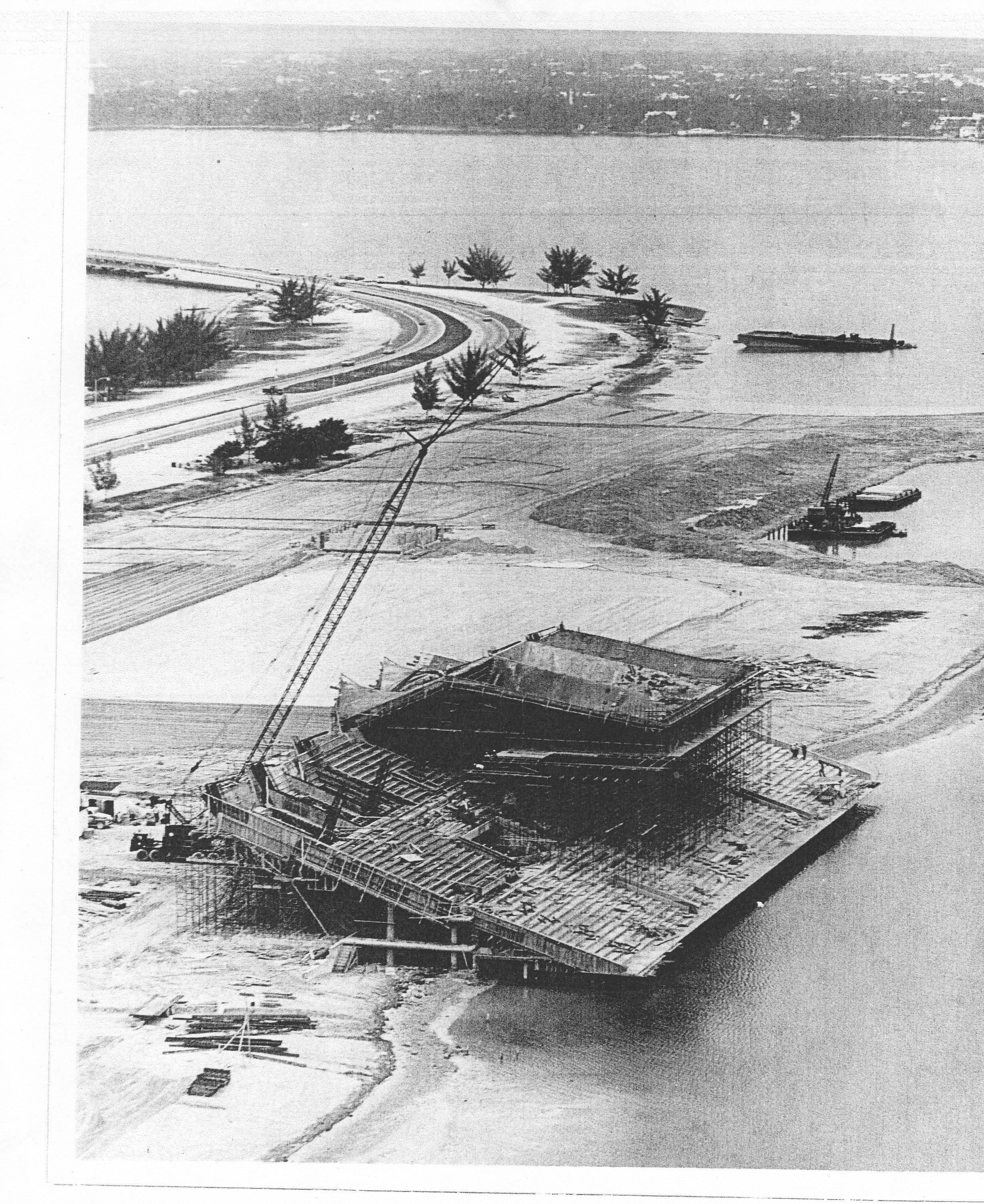 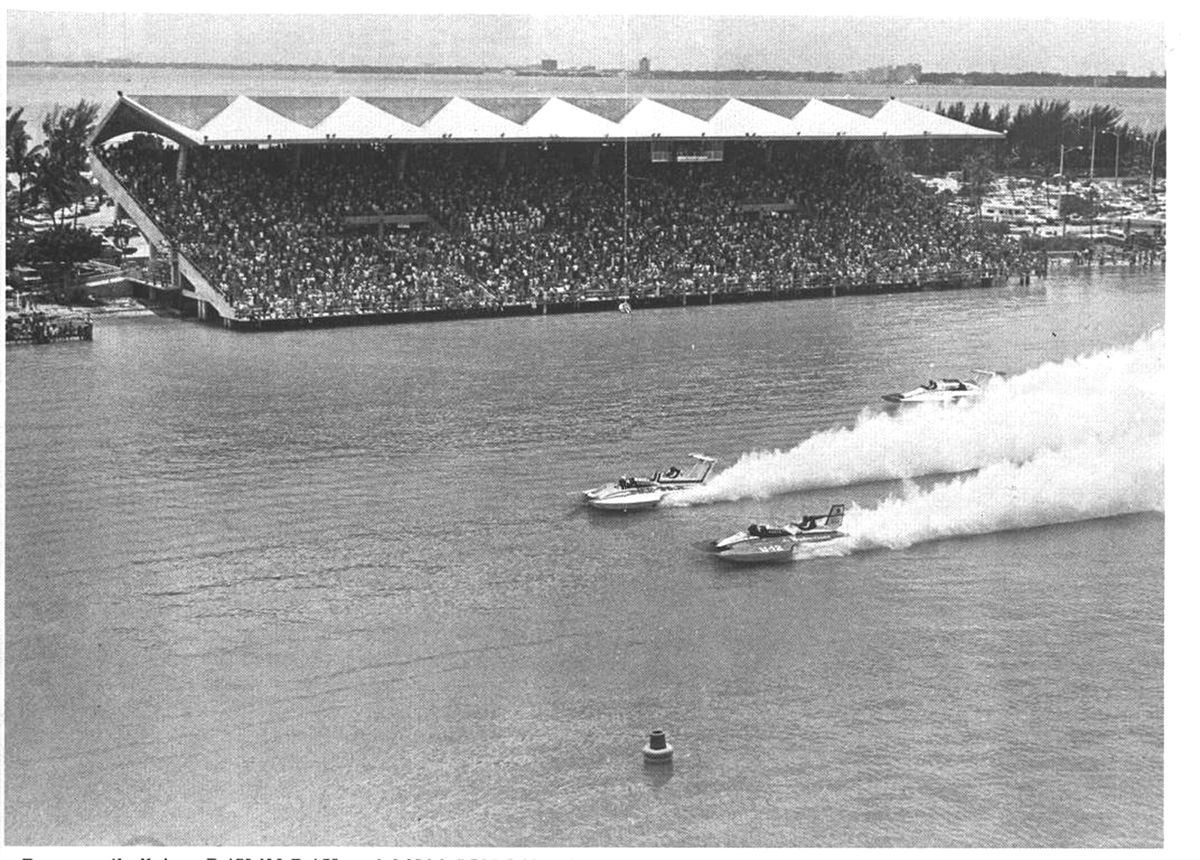 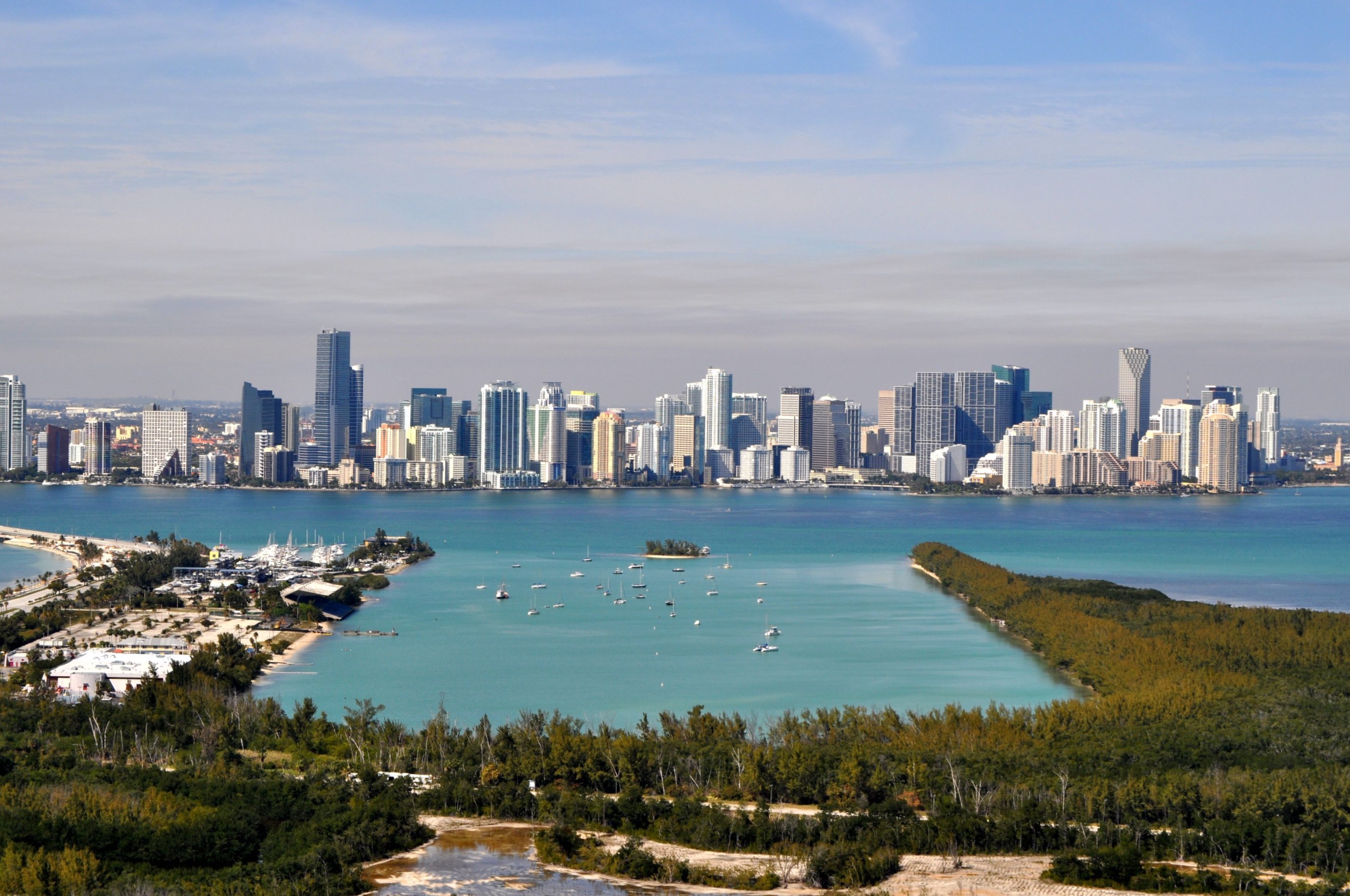 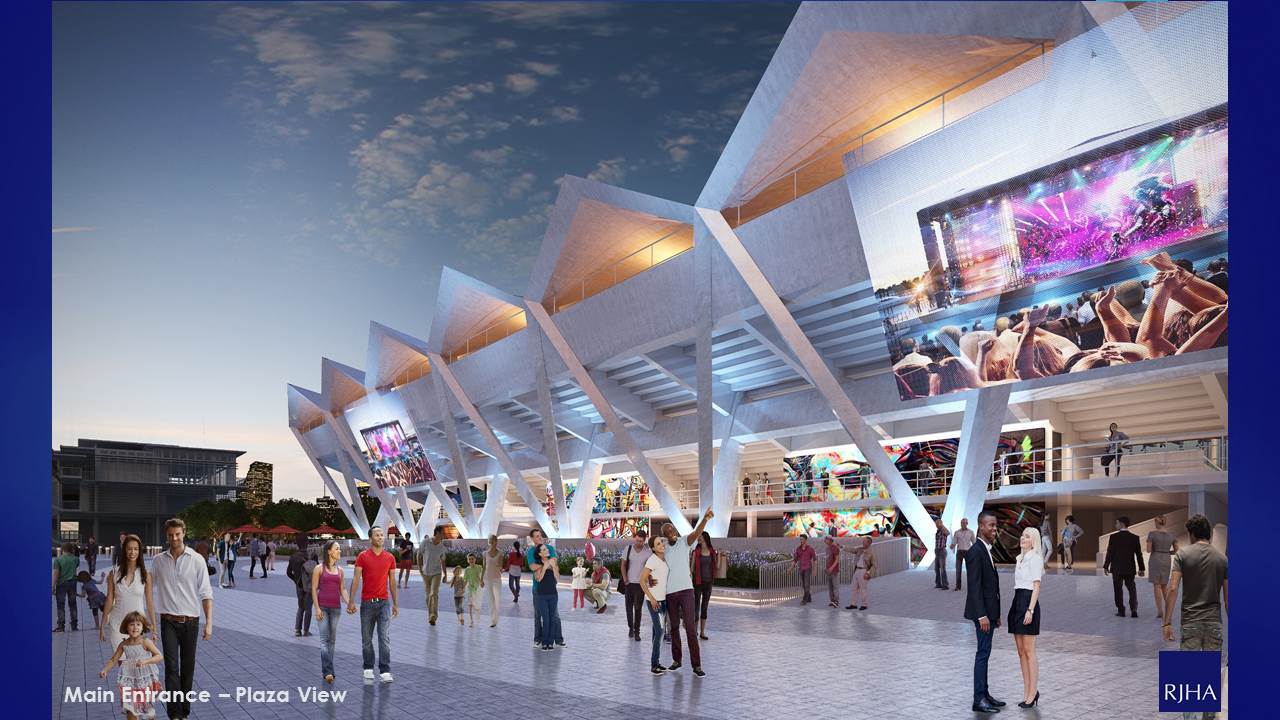 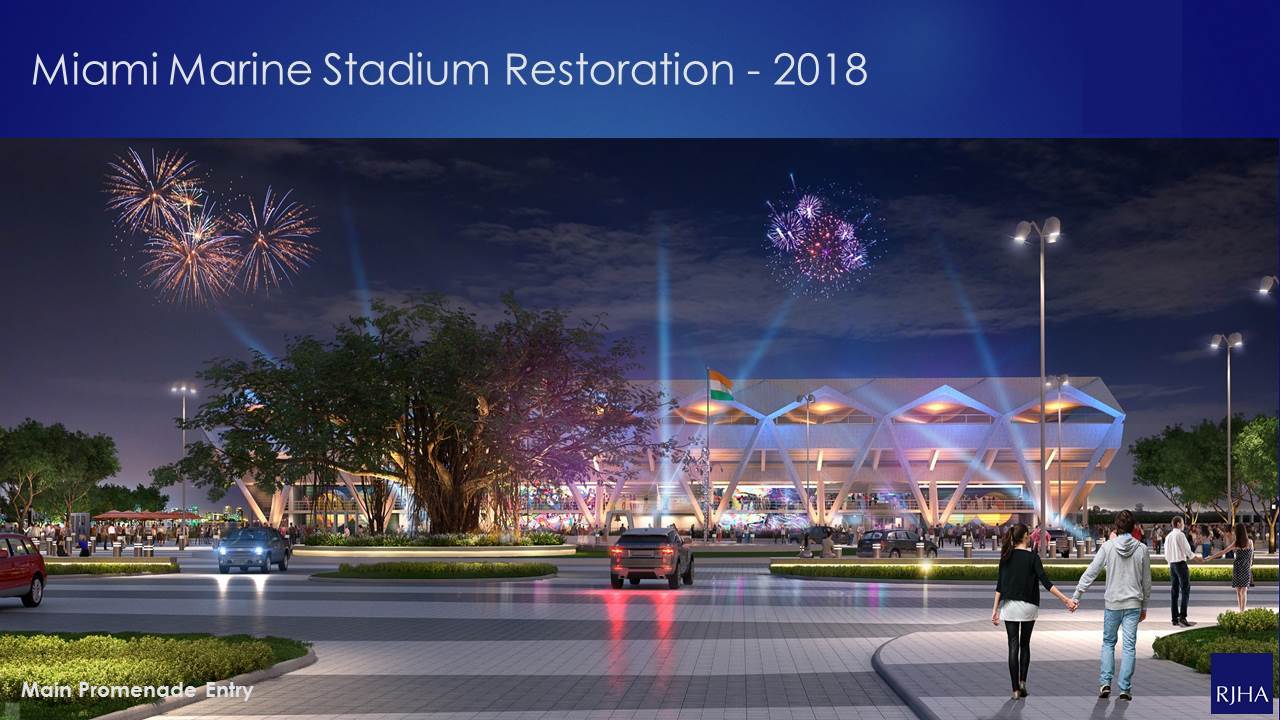 (Disclaimer: This article is guest authored by the above credited authors and may not represent the opinions of this institution.)