This past Sunday night, my fiancÃ©, Naomi and I embarked on a 65 mile bicycle journey along A1A from Parkland to Coral Gables. The propose of the trip: to see if we could do it.

I will preface this by saying that I’ve made October my personal “No Car, No Facebook Month”, also to see if I could do it (more on this in a future post). Naomi was gracious enough to go along with my scheme to bike the entire east coast of Miami-Dade and Broward Counties. We live in the middle of suburban Coral Gables, and regularly bicycle commute as far as Little Haiti, Wynwood, Downtown and Miami Beach, but by no means, had we been training for a long distance ride like this one.

END_OF_DOCUMENT_TOKEN_TO_BE_REPLACED 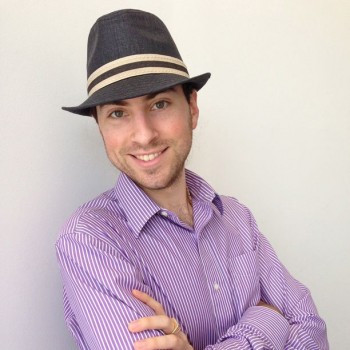 Brian Lemmerman is a Miami urbanist, architectural illustrator and bicycle advocate. He believes that all people have the right to live in healthy, sustainable communities in which they have a stake. A native South Floridian and Coral Gables resident for 9 years, Brian leads/frequents community and municipal events related to transit, city planning, and biking.

Brian is currently an urban design consultant, and he’s a former founding partner with THR33FOLD, an interactive marketing agency in Coral Gables – specializing in social media.

His favorite Miami hotspots are the Magic City Bicycle Collective, Sweat Records, The LAB at Wynwood, and the Coral Gables Museum. Last night’s Orchids and Onions event, organized by theÂ Urban Environment League (UEL) of Miami and hosted by the Coral Gables Museum, presented Orchids (those are the good awards) to Miami’s leading civic and environmental activists – people who have spent the better part of the last decade, or in the case of Sallye and Jim Jude, their entire lives, preserving Miami-Dade’s historic landscapes and landmarks alike. Some other deep-rooted members of the community received a less glamorous kind of recognition. END_OF_DOCUMENT_TOKEN_TO_BE_REPLACED