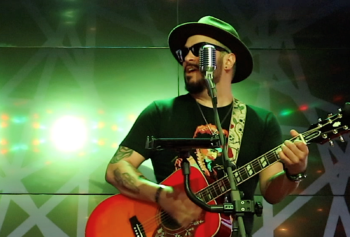 The Galleria at Fort Lauderdale, recognized as Broward County’s premier shopping destination, has announced Fender artist and Latin Grammy Award winner Manny Diquez as its next featured performer on Happy Hour with The Galleria, a virtual music series, scheduled for Thursday, June 18, at 5 p.m., on Facebook Live. He will perform a variety of alternative, classic rock and popular covers from Oasis, Cat Stevens, Stevie Wonder, The Spin Doctors, The Beatles, REM, Bob Marley, Gnarls Barkley and Ben E. King.

Born in Trinidad & Tobago, raised in Venezuela and living in the United States since 2004, Manny Diquez is a versatile musical artist who has recorded more than 30 albums, many in both Spanish and English. He has won two Latin Grammy Awards as a musician and arranger in 2011 and was a 2012 Latin Grammy artist nominee for “Best Rock Song.” Diquez served as music director for networks including Univision and Telemundo and is a voting member of the Grammy Academy Awards and Latin Grammy Academy Awards. When he’s not in the studio. Diquez is a touring musician.

Launched in April on Facebook Live, Happy Hour with The Galleria has successfully entertained thousands in the local community during the COVID-19 quarantine. Diquez will join previous Happy Hour with The Galleria virtual music performers Carly Jo Jackson, Alexander Star, The Tim Charron Band and Tori Rossi Music and WILL PLUS. These archived recorded livestream performances can be found at facebook.com/GalleriaFtLauderdale.

The Galleria at Fort Lauderdale has already welcomed shoppers back with limited hours and additional safety measures according to government guidelines. Seasons 52, The Capital Grille and P.F. Chang’s China Bistro now offer full-service dining in addition to take-out and delivery service.

For additional upcoming virtual events and information about The Galleria at Fort Lauderdale, please visit facebook.com/GalleriaFtLauderdale. Patrons may also call (954) 564-1036 or visit www.galleriamall-fl.com.