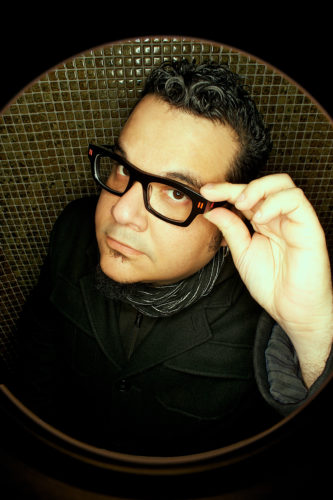 The Center is reaching out to local performing artists who have an ongoing relationship with the center to perform a three to five-minute video performance that will be broadcast through the South Miami-Dade Cultural Arts Center’s Facebook page.

SMDCAC will provide a guaranteed fee to each artist who participates as well as a call-to-action for audiences to donate to the artist or their cause during the performance.

The performer of the night is Mr. Pauer (Toto González) is a Latin Grammy® Nominated producer and re-mixer born in the Caribbean city of Puerto la Cruz, Venezuela, based in Miami, FL. for over 21 years.

He is considered one of the pioneers in the new sounds of Latin electrónica receiving recognition for his debut album “Soundtrack” earning him a nomination for “Best Alternative Album” in the 12th annual Latin Grammy® Awards. He is a music connoisseur and researcher of percussive rhythms from around the world.