“Anything you can do, I can do better.

I can do anything better than you.” – “Anything You Can Do” is a song composed by Irving Berlin for the 1946 Broadway musical “Annie Get Your Gun.” 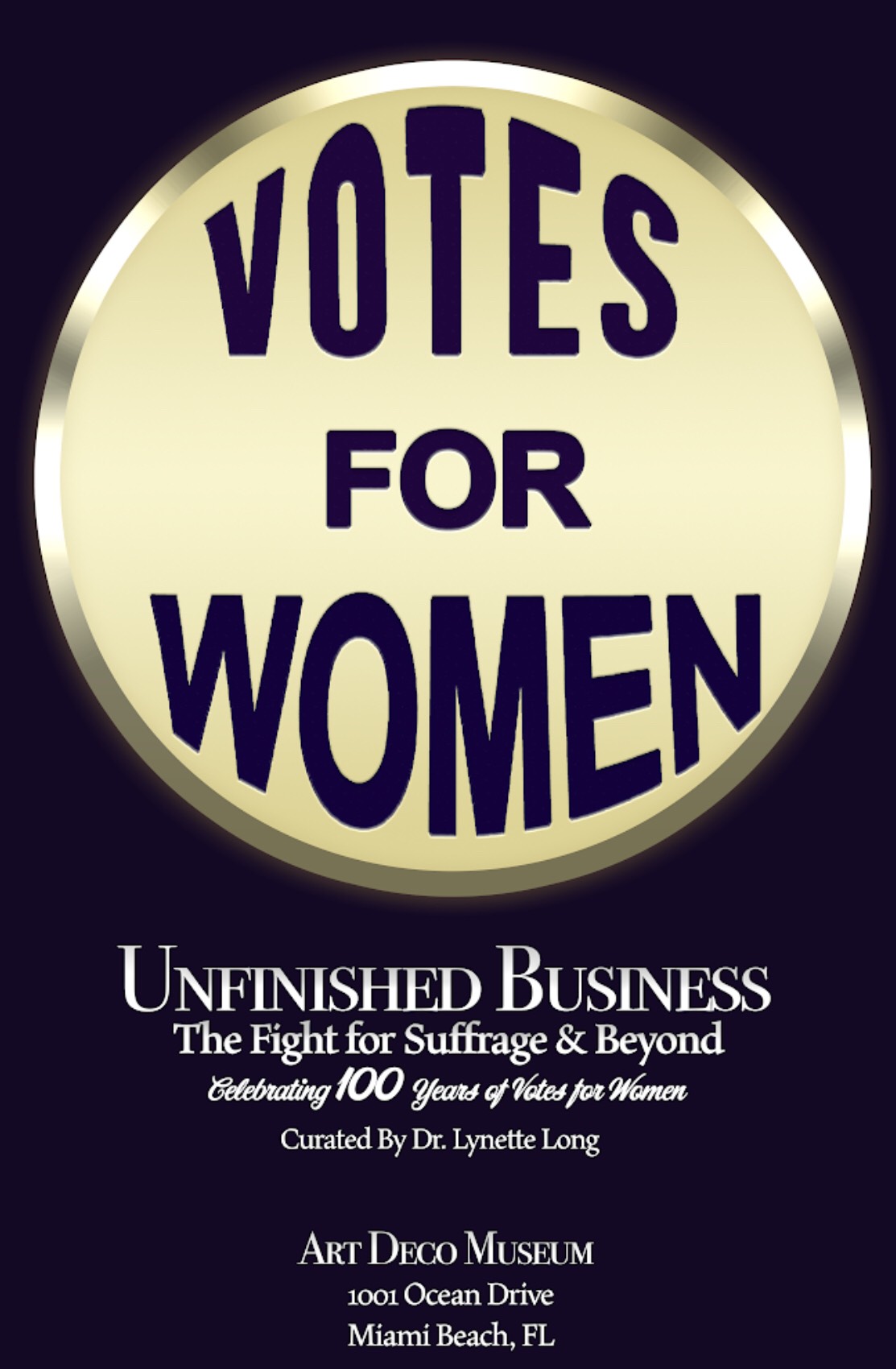 And, indeed, through her tireless efforts for bringing Women’s achievements throughout the decades to our forefront, Dr. Lynette Long has. Dr. Long has celebrated women’s achievements by honoring women through Historical Markers and Statues.

Dr. Long is a licensed psychologist and former college professor. She has published more than twenty-five books and dozens of articles and has written two award-winning plays. A math education expert, she is particularly interested in the math achievement of young girls. Long coined the phrase “latchkey children” with her husband Thomas Long and wrote the bestselling “Handbook for Latchkey Children and Their Working Parents.” She is President and Founder of the not-for-profit: Equal Visibility Everywhere.

Dr. Long, with the help of her longtime creative assistant Connor Grill, have created the only South Florida exhibit that celebrates the 100th anniversary of the passage of the 19th Amendment, guaranteeing and protecting women’s constitutional right to vote. The passage marked the largest expansion of democracy in the history of our country.

The exhibit is titled “Unfinished Business: The Fight for Suffrage & Beyond.” The educational and interactive exhibit will have a 3 month run from December 1, 2019 to April 1, 2020 at the Miami Design Preservation League located at 1001 Ocean Drive in Miami Beach, Florida.

Q: What motivated you to create your “Unfinished Business” exhibit?
A. Dr. Lynette Long
Before the passage of the 19th Amendment which granted women the right to vote women had a very limited ability to own property or to keep their own wages. They were barred from many colleges and professions. Most importantly women had no say in the laws that governed them. The suffragettes risked their lives, endured torture and imprisonment in their 72-year lomg fight for the right to vote. They deserve to have heir story told and to be honored.

Q. Why did you name your exhibit “Unfinished Business?”
A. Dr. Lynette Long
I entitled the exhibit “Unfinished Business” because the fight for women’s equality is far from over. Women are under-represented in Congress and there has never been a woman president or vice-president. Women are often paid less than men for the same work. The Equal Rights Amendment (ERA) which guarantees women equality was never ratified.

Q: Your daughter recently gave birth to a beautiful baby girl named Sienna, your only granddaughter. What do you want Sienna to appreciate and learn from the these fearless women who gave up so much 100 years ago?
A: Dr. Lynette Long
I want her to learn never to give up fighting for what is fair and true. That a few brave women can change the world and to never settle for less that what is rightly hers.