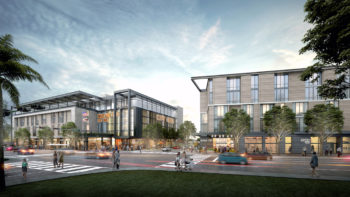 The City of Oakland Park is “building for its 2nd century” with the city’s new Comprehensive Facilities Plan, a voter-approved $40 million bond for future city improvements. On Thursday, October 3, 2019, demolition begins at the Public Works property to clear the path for the proposed City Operations Complex, which will host water, wastewater, storm water, solid waste, streets, parks maintenance, facilities, and fleet services. The Comprehensive Facilities Plan also includes improvements to city facilities, three new fire-rescue stations, the prospect of a new location for the Ethel M. Gordon Oakland Park Library in the Collins Community area, and much more. The plan coincides with the city’s 100th birthday, with new facilities, buildings, and improvements expected to be completed by 2029. The City of Oakland Park invites residents, business owners, elected officials, city staff, media, and other community stakeholders to help celebrate its future with a ceremonial demolition to commemorate the event.