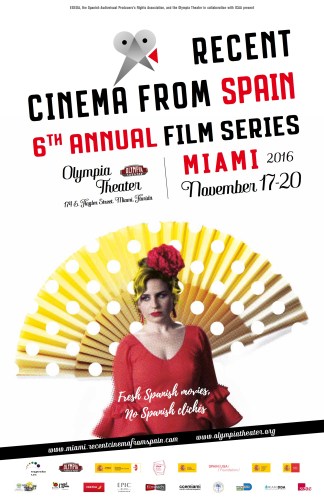 Spanish stars Andreu Buenafuente and Berto Romero play brothers whose duo act, Supergalactic, had a one-off pop hit in the 1990s. When the mayor of their hometown asks them to reunite, the two decide to overlook their differences for one last taste of stardom â€“ and a quick payday â€“ but their fans, local traditions and hidden agendas complicate their plans.
Introducion by actor Andreu Buenafuente & discussion following the film.

Patricia de Lucas, a reputable lawyer, sees her life turned into a nightmare when her son Victor disappears from school without a trace. Hours later, the boy reappears, bruised and clammy with sweat, claiming that a man tried to kidnap him, but that he managed to escape. Patriciaâ€”scared and fearing for her sonâ€”decides to do what sheâ€™s never done before: take justice into her own hands. But the situation gets out of control and her actions will have unforeseen consequences.

Note: The film will be in Spanish language with English subtitles.

More info: For the past six years Recent Cinema from Spain, produced by EGEDA & The Olympia Theater in collaboration with the ICAA, has brought a rich selection of recent Spanish cinema to Florida. The annual series delights Miami audiences by celebrating Spanish culture, from art and music to food and film.

Recent Cinema from Spain is the result of an initiative by EGEDA US, with the purpose of promoting Spanish films in the United States and encouraging their circulation to the public at-large and the audio- visual industry.