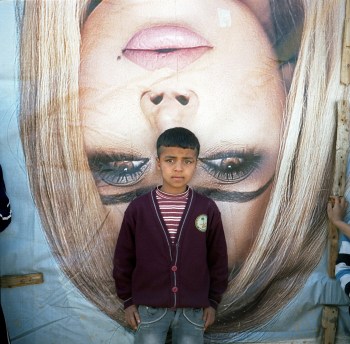 Photographer Rena Effendi documented the living conditions of various refugee camps for those fleeing from the conflicts in the Middle East. She visited camps in Lebanon, Jordan and saw thousands stuck in a limbo by the border in Idomeni, Greece. Syrians, Iraqis, Afghans along with others were on their way to Europe, escaping the violence of war back home. More than twelve thousand people are currently stuck in a limbo, languishing in a wretched camp by the border. What once was a chance for a better life – the Crossing Point – has become a metaphor for human resilience at the face of hardship. Rena’s photographs capture not only the tragedy of this epic crisis, but more importantly, they capture the fortitude of the human spirit. In her own words, she is not looking to evoke pity and compassion only, but rather, respect and admiration for these people that have endured so much. Proceeds from the sales of The Crossing Point will benefit The Radcliffe Foundation Refugee Crisis Fund, which has been actively responding to the on-going refugee crisis by providing humanitarian aid to refugees in places like Greece and Turkey.