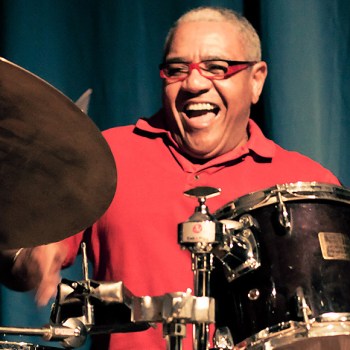 The Museum of Contemporary Art, North Miami (MOCA) is delighted to announce Ignacio Berroa as part of the monthly Jazz at MOCA series. The Cuban-born drummer has been praised through the years for combining folkloric rhythms with contemporary jazz and funk, along with being recognized as one of the greatest drummers of our time. Through his many years of performing, Berroa has collaborated with a number of legendary artists including Dizzy Gillespie, McCoy Tyner, Jackie McLean, Jack Bruce, Wynton Marsalis and Jaco Pastorius to name a few.

Berroa released his first solo album, â€œCodes,â€ in 2006, which was nominated for a Grammy in 2007. The album also won a Danish Music Award in 2007 for â€œBest International Jazz Album.â€ He stands proud on the recent Blue Note Records Mp3 entitled â€œJazz Drumming Legendsâ€ which features some of the most renowned drummers in Jazz history. The public is invited to come sit under the stars and enjoy the Afro-Cuban rhythms by Ignacio Berroa.