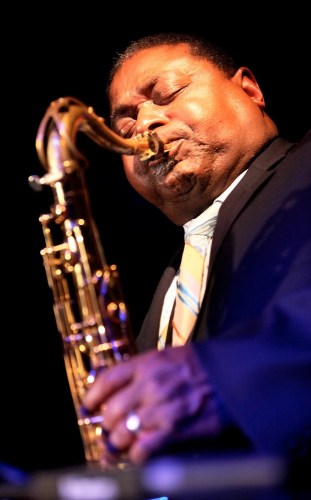 The Arts Garage presents the legendary tenor saxophonist Pee Wee Ellis. Ellis is a well-known American musician who was an essential part of James Brown’s band in 1960s and its musical director. A student of Sonny Rollins, he is a saxophonist, arranger and composer. Music, particularly jazz, is his passion. In 1965, he started working with James Brown and became a part of some hit projects like â€œCold Sweatâ€, â€œMother Popcornâ€, â€œLickinâ€™ Stick,â€ and â€œThe Chickenâ€ in a short period of 4 years. Subsequently he worked with artists like George Benson, Hank Crawford, Esther Phillips, and David Liebman. He later worked with Van Morrisonâ€™s band as arranger and music director and fully deserves the credit for major hits of that time. His song with James Brown, “Say It Loud: I’m Black and I’m Proud”, is a source of inspiration for all black people, and truly expresses their mind and heart. The song reflects his self-respect and truly reflects the political and social awakening that started during that time that led them to fight for their basic rights.