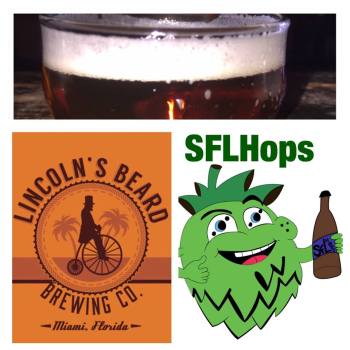 Join SFLHops as we host LINCOLN’S BEARD BREWING COMPANY’S third bottle share. This is your opportunity to come check out this new, massive brewery. If you would like to participate then you agree to (1) bring at least two good, quality bottles of beer*, (2) purchase at least a beer from Lincoln’s Beard Brewing, and (3) relax, let the bottles be opened orderly by one or two people only.

For the novices, bringing a good bottle means NOT bringing anything found at grocery stores. If you go to a liquor store then be sure to purchase bottles from the special release or seasonal section. Your best bet is to bring a beer that has been specially released from a brewery These are just some examples. If you are a beer trader then we know you’re coming with some awesome beers from other states.