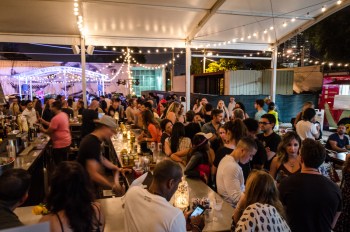 The Wynwood Yard celebrates the opening night of The Olympics with specials including $5 Caipirinhas all day at Mortar & Pistil bar, a plant-based feijoada-inspired bowl from della test kitchen and Mr. Bing’s CarnivÃ¡l special consisting of original shaved ice cream, with kiwi, blueberry and pineapple toppings. The opening ceremonies will be screened. For those who want some more visceral competitive action, slip on the battle ball suit and bump, bash and steamroll the competition as you smash into one another, battle royale style at The Wynwood Yard’s regular Battle Ball Royale tournament. Tickets for Battle Balls Brawl available at website listed.