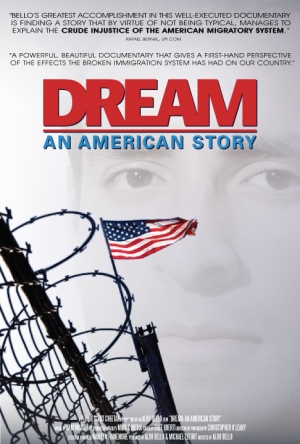 The award-winning feature-length documentary film chronicles the life of MDC graduate Juan Gomez. Academically gifted, Juan firmly believes in the philosophy and promise of the American Dream. Facing separation from his parents, and caught in the midst of a dysfunctional immigration system and a deadlocked Congress, this bright, hardworking student struggles to gain legal status in the United States, the country he entered at age two with his parents who fled Colombia seeking asylum.
Much is at stake for DREAMers like Juan, remarkable young immigrants currently protected from deportation by President Obama under Deferred Action for Childhood Arrivals (DACA). The 2016 presidential race has further heightened their fear of deportation, amid calls for mass round-ups and the deportation of all persons lacking legal status. AI Justice has been fighting for immigration reform since opening our doors in January 1996 and staff continue to work tirelessly to protect immigrantâ€™s basic rights.
Panelists will include the filmâ€™s director, Aldo Bello, former Miami Mayor Manny Diaz, and prominent DREAMer and immigrant rights leader, Gaby Pacheco. AI Justiceâ€™s Executive Director, Cheryl Little, will moderate.
5:30pm Reception
6:30pm Film screening followed by discussion

Hosted by Miami Dade College at the iconic Tower Theater. Reception sponsored by the Coalition of South Florida Muslim Organizations.