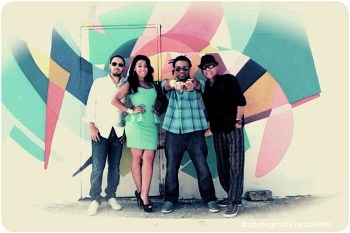 Batuke Samba Funk is a high energy Brazilian band that mixes rhythms such as Funk from the 70’s with Afro Samba, Brazilian Big Band, Batucada, Soul, and R&B. The band attracts a mixed crowd with people from all ages and nationalities dancing in every performance. The goal of Batuke is to “brazilianize” American sounds and “americanize” Brazilian sounds in a perfect balanced fusion. Batuke was created in 2008 by Brazilian bassist, composer, and musical producer Diogo Brown, who was soon joined by Miami’s well known Brazilian guitarist and composer Cezar Santana.