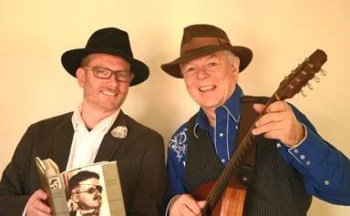 June 16 is an extraordinary day. On that day, 112 years ago in 1904, two fictional residents of Dublin, Ireland– Stephen Dedalus and Leopold Bloom– embarked on their epic converging journeys through the city. Their travels and adventures, both real and imagined, were memorialized in
James Joyce’s masterpiece, Ulysses, the world’s most highly acclaimed modern
novel. “Bloomsday,” named after Leopold Bloom himself, has become a tradition for Joyce enthusiasts all over the world and many international cities hold their own Bloomsday festivities. Miami-Dade County will join these cities in observing the Bloomsday 112th
Anniversary Celebration with a great event in Coral Gables on Thursday, June 16. The Celebration will begin at 6 p.m. at The Coral Gables Museum, 285 Aragon Avenue, Coral Gables.
Admission to the Bloomsday Celebration is free and open to all. The South Florida Emerald Society, Inc. and the St. Patrickâ€™s Day Committee, Inc. sponsor Bloomsday for your enjoyment.