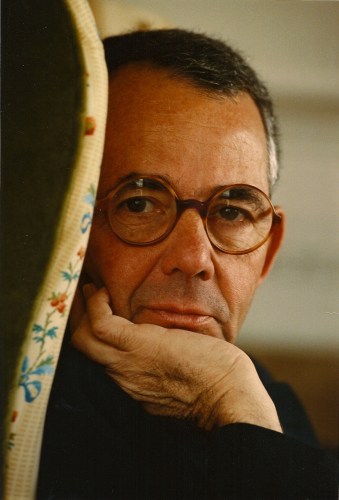 Professor Epstein is an essayist, short story writer, and editor. The author of more than 20 books, he was a lecturer at Northwestern University from 1974 to 2002 and is an Emeritus Lecturer of English there.

He is a contributing editor at The Weekly Standard and a long-time contributor of essays and short stories to The New Criterion and Commentary. In 2003, he was awarded a National Humanities Medal by the National Endowment for the Humanities. He originated the Enter Laughing feature which examines Jewish humor. William F. Buckley once wrote that he is â€œthe wittiestâ€ essayist alive.

This lecture is being underwritten by the Halperin families who created this lecture series to honor and remember their parents; Dr. Bernard Halperin and Jeanette Gordon Halperin.

â€œI have vivid memories of their passionate discussions about, among other things, Jewish culture, politics, movies, and books. Quite often, the most compelling lessons my parents taught me were sugar-coated with laughter,â€ said son Keith Halperin. â€œMy siblings and I wanted to remember their love of laughter, and with Joe Epsteinâ€™s wit and wisdom, we could think of no better guest speaker to kick of this lecture series.â€

Additional lectures will be planned in the future.

About Temple Israel of Greater Miami:

What: Inaugural Lecture by Professor Joseph Epstein
When: Sunday, April 17, 2016
Where: Temple Israel of Greater Miami, 137 NE 19th Street, Miami Florida 33132
The lecture is free and open to the public. For more information or to RSVP, contact Joel Berger or Nicolle Forest at
nforrest @templeisrael.net or call 305-573-5900.