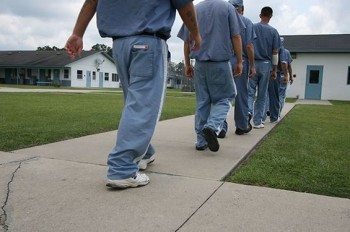 Yesterday Ray Downs posted an articleÂ in the Palm Beach New Times. We thought that it was worth the mention.

Everybody knows Florida likes to lock people up. It’s the state with the third-highest prison population in the country that has the world’s highest prison population. But some recent data analysis by the Washington Post points out an interesting fact: Nearly every county in the Sunshine State has more than 1,000 people locked up.

The data used combines state and federal prisons as well as local jails. The counties with the most prisoners are right here in South Florida. Miami-Dade unsurprisingly leads the way with 12,127 prisoners, which is by far the highest in the state. Broward, meanwhile, has 6,390 people locked up, and Palm Beach has 6,055. Combined, the two counties actually have more prisoners than Miami-Dade, with a total of 12,435.

The county with the lowest number of prisoners? That distinction goes to Highland County, which has about 388 people locked up.

Here’s what the map looks like, with purple designating more than 1,000 prisoners. Dark pink notes counties with at least 250 and up to 999:

The Post data also points out another interesting fact: Around the country, the United States has more jails than degree-granting colleges. At least Florida isn’t that bad, though. There are 207 degree-granting institutions around the state but only 157 state, local, and federal places to be locked up.

However, there are more people living behind bars than on college campuses.

According to the Florida Department of Corrections, there are 100,942 prisoners in state prisons at last count and about 55,371 in county jails. The Federal Bureau of Prisons says it has 39,420 in people in federal facilities around Florida. In all, there are about 195,733 people locked up at any given time in our state — a number big enough to be the 25th most populated county.

The only other state that appears to come close to Florida’s prison population by county is California, which has the highest state prison population in the country. But at least California has a county with fewer than 388 people locked up (at actually has 11 counties in that category).

In fact, it looks like Florida is the only state in the country that doesn’t have at least one county with fewer than 250 prisoners.

But all this shouldn’t be surprising considering the sharp and steady rise of Florida’s prisoner population. Believe it or not, back in 1980, there were only 20,000 people in Florida’s state prisons. Today, there are fives times that number — and every county is pitching in: