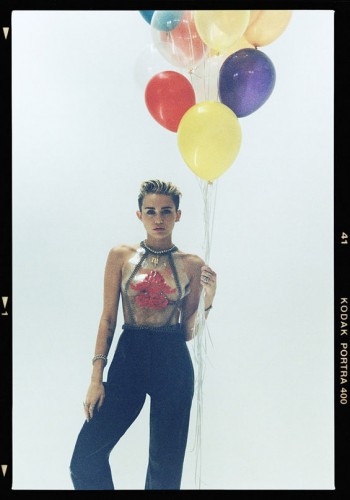 As we roll into 2015, we want to revisit an article that was published back in August about Pop Music the need for more political undertones. Happy Reading!

Like it or not, Pharell Williams’ “Happy” is likely to be the top-selling single of 2014. And yes, its buoyant ’60s soul vibe and simple, positive message is modern pop perfection. But scanning the rest of this year’s biggest hits, one is struck by a consistent theme: All of these songs are distinctly apolitical. Contemporary slang and the loosening of certain taboos aside, they could have been written in 2002, 1992, even 1982.

Granted, popular music is supposed to provide some kind of escape from everyday life. However, shouldn’t it also sometimes reflect what is going on in the wider world at the time of its release? We are not living in a post-Auto-Tune utopia. Persistent economic problems, a deliberately obstructionist U.S. Congress, NSA surveillance, an expanding underclass â€” these are issues that seem ripe for lyrical lampooning by contemporary musicians. But no, we’d rather just twerk across America with Miley Cyrus.

Songs that spoke for the masses, questioned the system, and pointed the finger at the wrongdoers brought social relevance to popular music for decades, from the folk anthems of Woody Guthrie in the ’40s to the socially conscious hip-hop of the late ’80s and early ’90s.

That deified decade, the 1960s, is usually seen as the apex of it all, when the struggle of the civil rights movement and the quagmire of the Vietnam War incited some of the era’s greatest songs. The singer/songwriter fare of Phil Ochs, Bob Dylan, and Joan Baez that epitomized the early ’60s was drowned out in the latter half of the decade by the more visceral and downright angry screams of Country Joe and the Fish, the MC5, and even the Rolling Stones. By the beginning of the ’70s, Marvin Gaye asked “What’s Going On?” and had perhaps the most political Billboard topper in music history. America had lost its way, and the hitmakers of the day told us so.

Socially conscious soul continued to muse about the plight of black America well into the ’70s. The hedonism of disco muted the trend, before political rock returned with the howls of punk â€” a pissed-off counterpoint to the delirium of the dance floor.

In the next decade, rap and hip-hop picked up the mantle for black America, as Public Enemy, Eric B. & Rakim, and NWA countered the mostly superficial nature of ’80s pop by spitting rhymes about self-empowerment, standing up to oppression, and the often-ignored social ills of the Reagan era.

By the beginning of the 1990s, that kind of opinionated, black-power-inspired hip-hop had morphed into gangster rap. Of course, it was easier for media and government to represent the likes of Tupac as a danger to society, indoctrinating America’s youth, black and white, with violent fantasies, flaunting the thug life as something to aspire to.

In reality, Tupac could instill hope and encouragement as well as rebellion, but such nuances seemed too complex for ignorant politicians and greedy record execs. Those who had the power to change things wanted to deal with Tupac about as much as they did the social conditions that created him.

In the 2000s, the tragedy of 9/11, the reality of fighting two wars, and the presidency of George W. Bush provided fodder for rage. The politically charged narrative of Green Day’s smash American Idiot harnessed the spirit of Joe Strummer, railing against the hawkish political climate of the day, as well as vapid commercials and reality TV. The album was a tour de force that gloriously mocked the stupidity of our elected leaders and the apathy of the masses. But it also sold by the bucketload and relaunched the careers of the power punk trio.

That same year, 2004, Kanye West announced his arrival with The College Dropout, for which West took on all comers: consumerism (“All Falls Down”), religion (“Jesus Walks”), and racism and poverty (“Never Let Me Down”). There was also a refreshing element of self-awareness, as Kanye simultaneously embraced the benefits of success while finding them repugnant. On the track “Breath On,” West rapped, “Always said if I rapped I’d say somethin’ significant/But now I’m rappin’ about money, hos, and rims again.”

This has haunted West since. On the one hand, we respect him for his brilliantly blunt declaration that “George Bush hates black people” as predominantly black New Orleans neighborhoods waited in vain for government action after Katrina. But on the other hand, we cringe when he stumbles onstage and interrupts Taylor Swift’s VMA acceptance speech.

On last year’s Yeezus, he too often descended into a narcissistic haze. The track “Blood on the Leaves” uses a sample from “Strange Fruit,” a hugely significant song from the civil rights era, but only as a backdrop for a tirade against “second string bitches” and the female “gold digger.” Lines like “Put my fist in her like the civil rights sign” and “Eating Asian pussy, all I need is sweet and sour sauce” have made West’s political soapbox incredibly fragile. And to many, he has even become a farcical figure, his every utterance feeding into the media’s depiction of him as a caricature of the egocentric modern celebrity.

Not that we should just be looking to punk and hip-hop to inspire political change. What about EDM? The forebears of today’s electronic dance music were forged in the black and gay subcultures of Chicago and Detroit, partying among those who’d been systematically marginalized by society. In 2014, though, no one wants to be lectured on a rowdy club floor. Club promoters and fans want to see the DJs living it big, spraying ravers with four-figure bottles of Champagne, not pause to engage in a discussion about Republican gerrymandering of electoral districts or the dangers of hydraulic fracking.

Not that we masses particularly mind. If we’re not gazing at our own navels, we are gaping at Miley Cyrus as she swings naked on a giant wrecking ball for four minutes. Songs about the dispossessed and the downtrodden just don’t do it for us anymore. It’s more pleasurable to sing along to lyrics about sex, success, and good times than be reminded of the evils of the world.

However, political music isn’t some bygone genre like disco, swing revival, or ragtime. It’s no easy feat to simultaneously pull off a didactic message and a killer tune. Popular music can be bucolic, banal, and trivial. But there needs to be a balance. After all, ambivalence and apathy are not very rock ‘n’ roll; having a social conscience is.