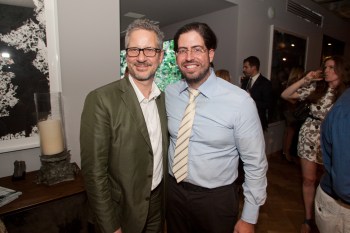 Elle DÃ©cor Celebrates 25 years with Launch of New Book, The Height of Style, at Park Grove

Featuring 220 of the Worldâ€™s Chicest Rooms, Including Miami Designs

MIAMI (September 17, 2014): The Related Group and Terra Group hosted Elle DÃ©corâ€™s latest book launch at their luxurious joint project, Park Grove, the last of the residential towers planned for Coconut Grove. The book, titled ‘The Height of Style,’ follows the magazineâ€™s 25th anniversary and features over 220 of the worldâ€™s chicest rooms, many of which have Miami ties, including: Michael Bayâ€™s Miami apartment; interiors by William Sofield (the interior designer for Park Grove); and a handful of other designers with projects and private residences in the Miami/Palm Beach area. A crowd of over 300 gathered at the sales gallery where signed copies of the book were distributed with drinks and light bites by A Touch of Class.