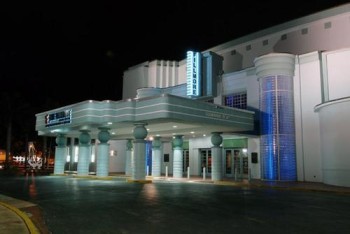 Miami New Times, â€œBest Ofâ€ awards for the year of 2014, recently awarded the Best Rock Club to The Fillmore. The Fillmore actually got its start back in 1950 when it was called The Miami Beach Municipal Auditorium. People flocked from all over to watch music, comedy and dance performances including Frank Sinatra, who used to be a regular at the Auditorium in its day. In the 1960s The Ed Sullivan Show, the Miss USA pageant and The Dick Clark show were all filmed at the Auditorium. In the 1970â€™s The Miami Beach Municipal Auditorium got a makeover and a new name when Morris Lapidus renovated it. The new Miami Beach Theatre of Performing Arts became home for touring Broadway shows such as Timbuktu, Gypsy and West Side Story! In the 1990s the theatre had more musicians performing at it, with artists such as Seal, Marc Anthony and Lenny Kravitz drawing in the crowds. In 2007 the theatre received its final makeover as it underwent a multi-million dollar renovation operated by Live Nation. The now Fillmore hosts some of the biggest names in music.

If you havenâ€™t made it to the Fillmore yet now is your chance!

What’s your favorite music venue in Miami? Let us know on Twitter, tweet us at @Loop305 with the hash tag #MusicMonday