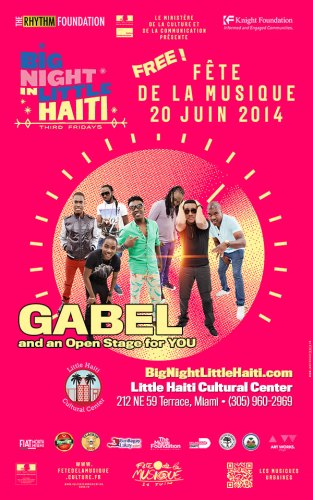 FÃªte de la Musique, a global celebration of music on the summer solstice, comes to Big Night in Little Haiti this month on June 20 at the Little Haiti Cultural Center. The inspiration behind Fete, which began in Paris in 1982, is to welcome summer with free music. Prior to the main stage concert by popular young Haitian kompa group Gabel, there will be an open stage for the public to make music. Gabel began with a bang in 2006 â€“ prestigious Kompa Magazine named the young Haitian group â€œNew Band of the Yearâ€. They have lived up to the promise – their fourth studio album will be released this June; they have 12 music videos, have played at two karnavals and are touring throughout the Caribbean, Europe and the US.