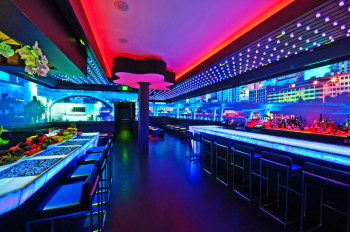 ThisÂ Thursday, May 22,Â HaVen South BeachÂ will open its doors for family, friends and Â South Florida foodies to celebrate itsÂ 3 year anniversaryÂ in style. Known for its LED screen walls, DJs spinning the hottest tunes nightly and a menu featuring delectable small plates, HaVen has become a favorite Miami Beach hangout since it opened in 2011. To thank supporters, HaVen will be throwing one hell of a party with complimentary bites from Executive ChefÂ Todd Ericksonâ€™s new menu, which will be rolling out soon, as well asÂ samplings of Maestro Dobel and Wodka Cocktails fromÂ 10 p.m. until midnight. Sounds by Juan Control & Shaun Duval will keep the party rocking throughout the night. The celebration is open to the public and begins atÂ 10 p.m.Â Â Reservations requested atÂ info@havenlounge.com.Â