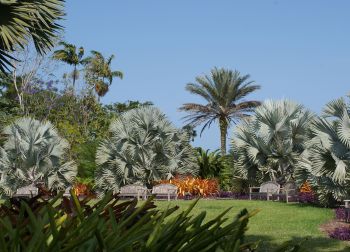 Delight in a big band style outdoor concert featuring the Frost School of Music Concert Jazz Band, singer and actress Rebecca Renee Olstead, and singer James TormÃ©. Doors open at 5:30 p.m. and the concert begins at 7:00 p.m. Tickets are $45 for non-members, $35 for members, $20 for students with ID, and $12 for children 17 and under. Lawn seats are included in price of admission.

The University of Miami is home to the Frost School of Music Concert Jazz Band, an award-winning jazz ensemble that has been performing for more than 30 years. The band is directed by John Daversa and plays a mix of classic and contemporary jazz pieces.

Rebecca Renee Olstead is best known for her roles on the TV programs â€œStill Standingâ€ and â€œSecret Life of the American Teenager.â€ Since her debut album was released in 2004, she has performed live on shows like â€œOprah,â€ â€œThe Today Show,â€ and â€œThe Late Show with David Letterman.â€

James TormÃ© is a jazz vocalist and son of 3-time Grammy Award winning jazz singer Mel TormÃ©. His debut album was released in 2011. He has performed at numerous venues worldwide and was a recipient of the Chuck Niles Jazz Music Award.