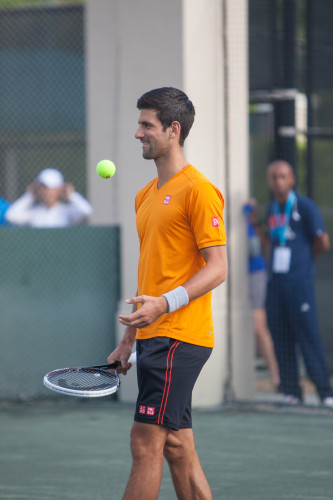 The 2013 Sony Open menâ€™s and womenâ€™s winners returned to The Cliff Drysdale Tennis Center at The Ritz-Carlton Key Biscayne, Miami for the fifth consecutive year in an unprecedented, intimate gathering of the worldâ€™s top tennis players. The gathering was held on the afternoon of March 18th and allowed 24 amateur players the opportunity to test their skills in aÂ Round Robin qualifying tournament in which the winners earned a chance to play against and alongside the top professionals in the world.

The event was sooooo much fun. The players were festive and cracking jokes the whole time and the attendees got real up close and personal with tennis’s greatest stars. There was also a cocktail reception provided by Finlandia Vodka and Chambord, delectable passed hors dâ€™oeuvres and exhibition matches with the top stars. It was an amazing event that we will definitely be back next year to cover.