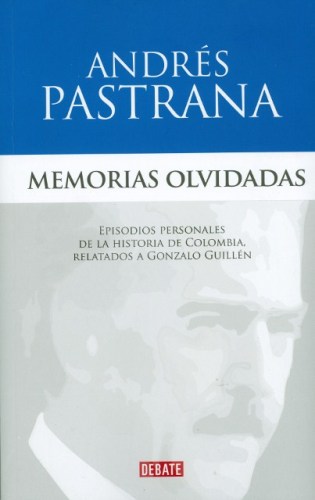 The Center for Literature and Theatre @MDC welcomes Colombian Ex-President AndrÃ©s Pastrana as he presents Memorias Olvidadas (Forgotten Memories). Pastranaâ€™s kidnapping by Pablo Escobar, and their long conversations; the origins of the â€œnarcocassettesâ€, tape-recordings which probe how drug cartels bought the Presidential Election on 1994; the persistence of Ingrid Betancourt, which led to her kidnapping by FARC guerilla, and forgotten chapters with President Clinton and Fujimori, among others, are some of the themes discussed in this fascinating book. Memorias Olvidadas is a revealing, honest and controversial book that unveils some of Colombian Historyâ€™s hidden truths.