A Playful Approach to Some Serious Craft Beer Tastings 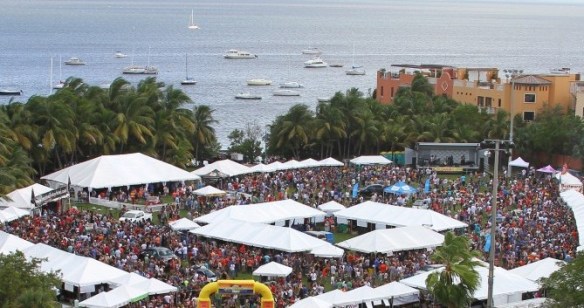 Sprung!, the free-spirited, sister festival of Grovetoberfest, will kick Spring into action with their craft beer festival on Saturday, March 8th. The unlimited beer tasting will feature over 150 Spring and Summer ales in the heart of Coconut Grove from 3:00 to 7:00 p.m. at Peacock Park.

New Belgium, Founderâ€™s, SweetWater, Green Flash, Sierra Nevada, Brooklyn Brewery, Kona, Magic Hat, Shiner, Shipyard, Harpoon, Blue Moon and many others will showcase their spring and summer offerings. Sprung! will also host a complete lineup of Florida beers from Schnebley, Cigar City, Tequesta Brewing and Florida Beer along with local breweries such as Funky Buddha, Wynwood Brewing, M.I.A, and Opus Ales. This lineup will include a complete list of ciders such as Crispin Cider, Magnerâ€™s and Woodchuck.

Beer enthusiasts will also be treated to a selection not available in South Florida, and in keeping with tradition, the homebrew section will showcase brews created by locals who are passionate about their beer. Sprung! will also bring back the Orange Pride Games Arena & Bar — a dedicated game section, which includes Corn Hole, Giant Jenga, Beer Pong, Mega Twister, Human Bowling and a few other surprises. In addition to Bougainvilleaâ€™s Live Music Stage, there will be plenty of vendors offering a wide range of food and the Gold Coast Beverage Distributor Culinary Experience, which will pair beer with the talents of some of South Floridaâ€™s favorite chefs.
â€œSprung! is a true celebration of the craft beer lifestyle. Last year, we had over 4,700 people who were proud to say They Got Sprung! Much like Grovetoberfest, our staple event, this festival has become synonymous with the season. This pleases me to no end, because all I wanted to do was get South Florida involved in the craft beer revolution,â€ said Tony Albelo.

General Admission tickets are currently on sale for $40 at IgotSprung.com. The following tickets are also available: $70 Beer Socialite, which gives people access to the event at 3:00 p.m.; and $90 VIP, which is limited to 500 people. VIP ticket holders are given access to the event at 2:30 p.m., a meet and greet with the brewers, early tastings and access to the VIP lounge, which offers specialty beers, complimentary appetizers and air-conditioned bathrooms. For more information or to purchase tickets, visitÂ  www.IgotSprung.com, or call (305) 461-2700.