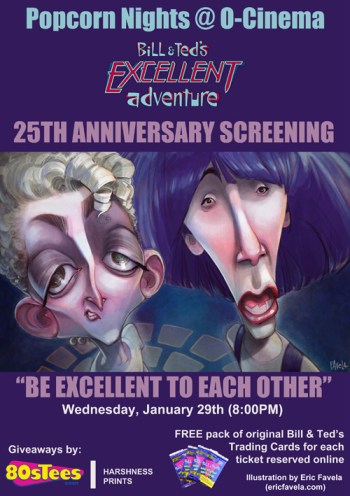 In 1989 relatively unknown actors Keanu Reeves and Alex Winter became instant pop culture icons when they starred in BILL & TEDâ€™S EXCELLENT ADVENTURE. Two years later, they returned to the big screen in 1991 with the hugely underrated BILL & TEDâ€™S BOGUS JOURNEY. It has been 25 years since the theatrical release of the first film and while Keanu and Alex tease us with hints of a possible BILL & TED 3 in the works, Popcorn Nights & O Cinema decided that the existence alone of Bill & Ted is cause for celebration.