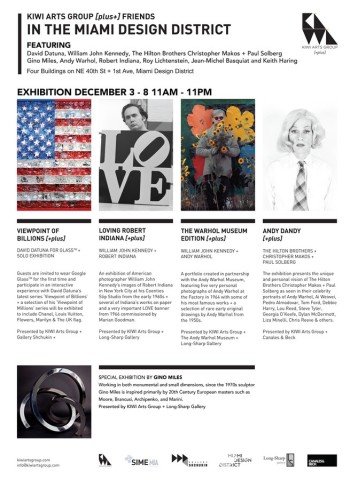 Viewpoint Of Billions [+plus]
David Datuna For Glass â„¢ + Solo Exhibition
Guests are invited to wear Google GlassTM for the first time and participate in an interactive experience with David Datuna’s latest series ‘Viewpoint of Billions’+ a selection of his ‘Viewpoint of Millions’ series will be exhibited, to include Chanel, Louis Vuitton, Flowers, Marilyn & The UK flag.
Presented by KIWI Arts Group + Gallery Shchukin