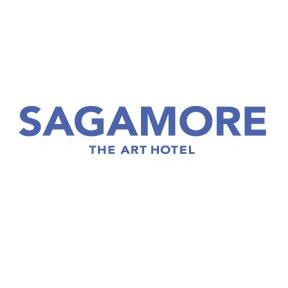 Art collectors and owners of the Sagamore Hotel, Martin and Cricket Taplinâ€”also the Art Hotelâ€™s curatorâ€”are pleased to announce the installation â€“ FRAMING THE MOVING IMAGE. The exhibition explores the way artists capture, compose and represent traditions and histories, as well as the changing material landscapes â€“ locally and globally â€“ through the moving image.

Framing The Moving Image will open to the public at Sagamore, The Art Hotel, during Art Basel Miami Beach 2013, providing an opportunity for guests to experience and to view this new installation of innovative film, video and performance art, among other select works.

The entire installation was curated by John Hanhardt, world renowned film and media art curator, and embraces the diverse styles and genres from the avant-gardes, beginning with 1950s and 1960s, to contemporary reflections of present media landscape that will highlight the variety of practices shaping todayâ€™s art world. In addition to media art, Mr. Hanhardt has selected, as part of the installation, several photographs from The Cricket Taplin Collection.

Hanhardt has held curatorial posts at MoMA, the Walker Art Center, the Whitney Museum of Art, and the Guggenheim Museum. He is currently consulting as Senior Curator for Media Arts at the Smithsonian American Art Museum.

Works permanently installed as part of Framing The Moving Image, include the following:

In Interstices, a site-specific piece created for the Sagamore, Bill Beirne collaborates with a Miami-based dance company to choreograph a series of live performances that re-enact behaviors that might ordinarily take place in areas monitored by surveillance cameras. The performances will be captured by cameras located around the hotel and projected on a widescreen video monitor in the lobby.

Shannon Plumbâ€™s Paper Collection (2007) takes a playful look at fashion models and the fashion industry in a video narrative in which she plays all the characters.

Star Spangled to Death (1956-1960), by legendary avant-garde artist Ken Jacobs, is a seminal eight-hour film featuring Jack Smith and other artists. A virtuosic collection of filmed and found footage, it comments on American history and the state of the economy.

The Water Series, a multi-channel meditation on the movement and texture of water by Ernie Gehr, is displayed on screens installed on the hotelâ€™s garden wall. Gehr is one of the leading artists of the international avant-garde cinema, and his films are distinguished by their formal elegance and treatment of filmic space and time.

Between the Frames (1983-1991), by Spanish artist Antoni Muntadas, is a major multi-part series that examines the art world through chapters that explore the roles played by dealers, collectors, galleries, museums, docents, critics, and the media. Produced over 20 years ago, it is an extraordinary representation of the art world and a revealing reflection of what has changed, and what has not. This is the first time it will be presented on a hotel channel.

Reflecting on the history of film technology, Sandra Gibson and Luis Recoderâ€™s â€œThreadbareâ€ is a film projector wrapped in 16 mm film footage that creates a silhouette suggesting Mickey Mouseâ€™s head. The richly imagined sculpture offers profound insights into the nature of the medium.

Kathleen Graves is a new-media artist who creates a richly imagined body of work out of the materials of technology and everyday life. Her playful and beautiful Bot Studies, 2013, are small sculptures made from packaging, plants, and found materials. They refer to robots and botanical drawings and are a rendering of possible new life forms.

Takeshi Murata is one of the most exciting new artists exploring digital moving-image making. The elaborate, Night Moves (2013), a collaboration with Billy Grant, creates an imaginary narrative centered on a virtual studio floating through space. Hypnotic and beautiful, it represents a new artistic sensibility that appropriates from cartoons, Anime, and popular culture.

Raphael Montanez Ortiz created a number of important avant-garde films, including Newsreel (1958), which deconstructed found footage, and Dance Number 22 (1993), a computer-laser video that manipulates a sequence from a Marx Brothers film.

The photographer Peter Moore interpreted the avant-garde events of the 1960s and 1970s in New York City. Iconic images such as Untitled (Nam June Paik performing at CafÃ© Au Go Go), November 9, 1964;Trisha Brown, â€œMan Walking Down the Side of a Building,â€ 80 Wooster St., NYC, 1970; and Untitled (Joan Jonas, â€œOrganic Honeyâ€™s Vertical Roll), 1973, are evidence that he was a key artist of his generation.

John Hanhardt participated in advising the Sagamore on the selection of the new, cutting-edge equipment and technology necessary to best present the installation.

Hanhardtâ€™s installation will remain permanently as part of the Sagamoreâ€™s year-round art program. This includes any of the live performance presentations in the installation, which will be recorded. Following Art Basel, Cricket Taplin will rotate the video programming on screens throughout the hotel, allowing Sagamoreâ€™s guests and visitors to view the full video art program on an ongoing basis, including at several podiums located in the hotel lobby.

Also, available at the hotel during Art Basel 2013 will be an innovative book by artists Melissa Dubbin and Aaron Davidson, which reflects on the moving image and how it is received. The piece was commissioned by Cricket and the original manuscript will be available on a permanent basis.

â€œIt has been an education, honor and a pleasure to have the opportunity to work directly with John Hanhardt on this inspiring installation,â€ said Cricket Taplin. â€œThe program truly captures the history as media art progressed over the past few decades and provides an engaging Art Basel exhibition that will thoroughly stimulate the senses.â€