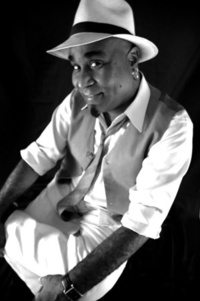 LUIS BOFILL cuban singer born in La Habana, Cuba. After graduating from the Conservatorio de Canto and the Universidad de La Habana, he launched his career in the late 70â€™s during the Mov. de la Nueva Trova as a member of the “Cuba Nueva” a group that played traditional Cuban music. In 1981 he won a prestigious award as a solo artist in “Todo el mundo canta” a national TV program that lead him to give performances in theatres, clubs, TV programs and tour the country. He then participated, and won, in many music and theatre festivals such as the “Enrique Mantici” song competition, the “Antonio Ma Romeu” popular music competition and the “Plaza Vieja” theatre festival.