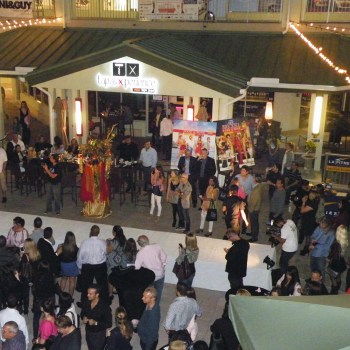 On Thursday, December 12, 2014 the Miami Taste of Brickell Food and Wine Festival will celebrate a pre-party kick-off at Mary Brickell Village featuring delectable food, wine and liquor samples, as well as a Brickell-themed runway fashion show.

Held on the first floor of Mary Brickell Village, the event will bring together some of Brickellâ€™s finest and emerging restaurants.. Guestâ€™s will be treated to a tasting of fine wines & Complimentary cocktails, non-alcoholic beverages from Fiji Water and other beverage sponsors will be on hand. Also, enjoy a relaxing chair massage while at the event courtesy of Massage Envy Spa Brickell.

In true Brickell style, the Taste of Brickell Pre-Party also combines high fashion with â€œwildâ€ guests. The evening will feature a runway fashion show courtesy of several of Mary Brickell Villageâ€™s chic boutiques and shops, In addition a raffel will be on site with lots of great items local businesses.

â€œThereâ€™s no other area that compares to the vibe of Brickell. The pre-party really showcases what this burgeoning neighborhood is all about,â€ said Cynthia Bettner, festival producer and director. â€œ