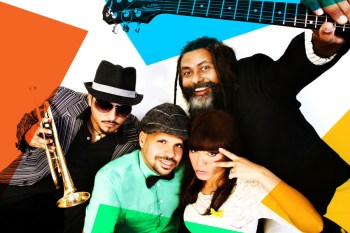 Mr. Pauer is a Latin GrammyÂ® Nominated producer and re-mixer. With a long career as a DJ and producer he is one of the pioneers in the new sounds of Latin electronica!

With influences from all across the musical map, some classic and some contemporary, Elastic Bond brings an urban edge with a tropical twist to the alternative music scene. With a name that gives reference to an atomic physics concept, Elastic Bondâ€™s groove includes diverse elements, Imagine a colorful, funky and tropical vibe reminiscent of Los Amigos Invisibles, A Tribe Called Quest, Julieta Venegas and The Black Keys.