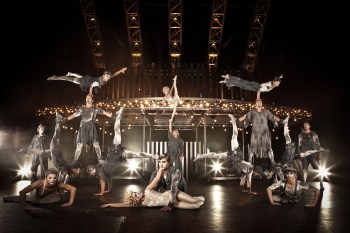 Cirque du Soleil is pleased to announce that the critically-acclaimed production Quidam will be presented in Sunrise from July 31 â€“ August 4 2013 at BB&T Center for nine performances only. Tickets for the general public are available online at www.cirquedusoleil.com/quidam or by calling 1-800-745-3000.

Quidam had its world premiere in Montreal under the Big Top in April 1996. Since then, the production has toured on five continents and been experienced by millions of people. In December 2010, Quidam embarked on a new journey, performing the same captivating production, but now in arenas throughout North America. The international cast features 52 world-class acrobats, musicians, singers and characters.

Young ZoÃ© is bored; her parents, distant and apathetic, ignore her. Her life has lost all meaning. Seeking to fill the void of her existence, she slides into an imaginary worldâ€”the world of Quidamâ€”where she meets characters who encourage her to free her soul.