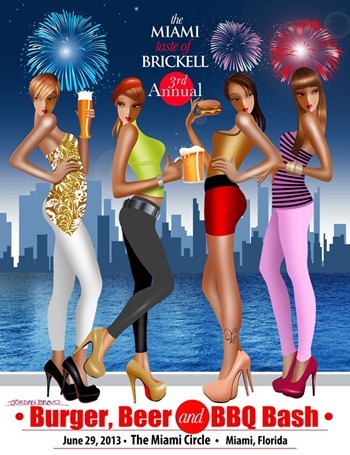 The Annual Burger, Beer and BBQ Bash is one of many exciting and fun-filled events that the Miami Taste of Brickell produces before the Grand Festival in March 2014.

Come see how Miamiâ€™s most celebrated restaurants and chefs interpret what a â€œBurgerâ€ or â€œFavorite BBQ Recipeâ€ means to them. Then pair your burger and BBQ with some of the most unique sought after, well-made beers available.

Try creations of from over 20 restaurants and then vote on your favorite burger or BBQ dish.