As seen on on Hedonist/Shedonist

Besides intense, euphoric, mind-numbing orgasms, laughter is most likely humanity’s favorite activity. We had the distinct pleasure of attending the South Beach Comedy Fest this past week and absolutely adored it. The event, hosted by Comedy Central,Â is in its eighth magical year and is a veritable treat for South Beach. Aubery Kessler did a phenomenal job running it and we would like to take this opportunity to thank her and her team for their superb work. There were shows at The Fillmore at the Jackie Gleason Theater, the Colony Theatre and even a free Lincoln Road Stage. While we were saddened that we missed Bill Burr’s performance we managed to see almost everybody else. The following are highlights of those we thought were the most jocular.

Jim Jeffries is the fucking man. He is brilliant, affable, demented and utterly hilarious. We had the pleasure of meeting him, his new baby and his breast-feeding girlfriend (We applaud and encourage public breast-feeding) backstage prior to the show…Â and yes his girl has a magnificent rack.Â You may Â know her as the benevolent whore on his new funny ass TV showÂ Legit.Â Jim was just as comical backstage as he is onstage. He talked about Vatican appropriate topics such as: rape, being molested, and his bout with cock cancer. He also had a phenomenal bit on the absurdity of not banning guns and how Americans masturbate to their famed constitution (“that’s why we keep it under glass“). Jim is a master of storytelling and observational humor. He was enjoying himself so immensely that he didn’t want to get off stage.Â He exclaimed: (paraphrased) “Do you want me to stay? There are about 1,500 of us and only 9 ushers, so I think we could overpower them if we want to.”Â He even took requests from the crowd and we were able to hear his famous Gunta story for the finale. You killed it, Jim. We can not wait to see you again. 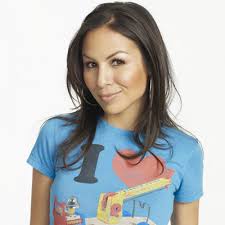 Anjelah Johnson is fucking adorable and hysterical. This former MAD TV star was a joy to watch. You may remember her from her famous roles on MAD as Bon Qui Qui and Tammy from the nail salon. She has sensational accents, making fun of the Vietnamese, Puerto Ricans and cholas (Cali’s version of chongas). Her routine also included making fun of her new husband, her dangerous late night South Central taco trip and a twitter contest offering a chance to meet her after the show. Your Hedonist was honored and blushing when she called him cute from onstage. AJ is a doll and we were sad we couldn’t take her sexy ass home with us. 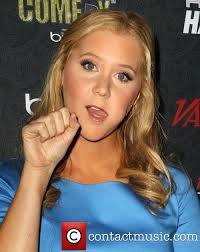 We have a lot of love for the openers. We don’t remember the name of Amy’s opener (the green haze was potent for her show) so we hit her up on Twitter to inquire, but the slut hasn’t hit us back yet. Â Whoever the fuck he was, he was superb. He discussed how a woman’s pussy value plummets when she moves to South Beach because everyone here is gorgeous. A good looking girl could be queen of Alaska but by living here your beautiful pussy is basically worthless. He also discussed the joys of living in Alaska with an 8:1 male to female ratio and the denominator is virtually unfuckable. He understands why guys can’t quitÂ bestialityÂ up there. We are excited to see this mystery comic perform on Amy’s new show.

Rounding out our top performers was Rahn Hortman, he opened for Anjelah Johnson and was great. He talked about his deaf princess daughter, stabbing the devil in the name of Jesus, performing at a gay club and his diminutive size. We enjoyed Rahn and hope to see this local comic perform again soon.

To sum this shit up, if you didn’t make it to this years comedy fest, you are a dumbass. Get your calendars out now and mark it down to start checking for tickets late this year, because these awesome shows sell out fast. Â See you mofos next year!