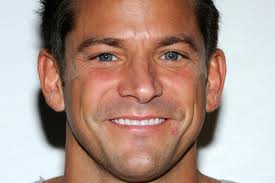 The newest sensation to seduce South Florida, The Knockouts Burlesque Show, features glamorous girls taking the stage with guest star Jeff Timmons for a night filled with decadent burlesque dancing. The show builds intrigue by teasing its audience with bits and pieces that peel off one layer at a time as the night goes on. The Knockouts perform under the direction of Emmy-nominated choreographer Glenn Douglas Packard.
Jeff Timmons is the founding member of the internationally acclaimed, multi-platinum selling group 98 Degrees which has sold over 15 million albums. In 2011, he signed on to headline as a guest host/emcee/singer for the Chippendales show in Las Vegas. The addition of Timmons to the show broke box office records and propelled the brand into the mainstream, making it the hottest ticket in Las Vegas. He is currently on tour with 98 Degrees, joining New Kids On The Block and Boyz II Men on the The Package North American Tour. Timmons is also hosting a new reality show called â€œMen of the Strip,â€ which is currently being filmed.