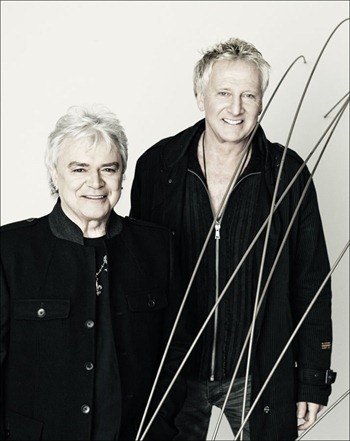 Tickets are available starting at $20 and can be purchased online at www.magiccitycasino.com  or by calling 305-460-6579.

â€œWe canâ€™t get enough of Air Supply! Concert goers will enjoy an energy-charged performance, and they will be singing along to their favorite ballads,â€ said Scott Savin, Chief Operating Officer of Magic City Casino. â€œAir Supply and Atlanta Rhythm Section present a great live show. Fans are encouraged to get their tickets early as they will go fast.â€

Air Supply formed in Melbourne, Australia in 1975. Since then, they have produced a string of unforgettable hits that have topped the charts worldwide. Air Supply entered the early 1980â€™s with eight top ten hits in the United States, and in 2008 they were named among the best musical acts of all time by Billboard Hot 100. Some of Air Supplyâ€™s most popular recordings include â€œAll Out of Love,â€ â€œLost in Love,â€ â€œMaking Love Out of Nothing at Allâ€ and â€œThe One That You Love.â€

Special guest, Atlanta Rhythm Section, will warm up the crowd before Air Supply takes the stage. Atlanta Rhythm Section, an American rock band with roots in both British rock and southern rhythm and blues, has a strong following in the southern United States. The band has produced over 16 albums and is responsible for a number of hits including â€œSo Into You,â€ â€œChampagne Jamâ€ and â€œImaginary Lover.â€