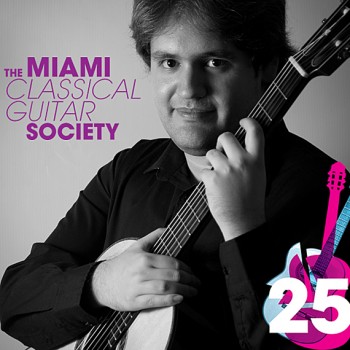 Since very early in his career, Alejandro Cordova has been awarded First Prize in numerous renowned International Guitar Competitions around the world. Some of these include:

Presently, Cordova has an intensive concert activity throughout Europe and has recorded his first CD with Naxos and EMI producer John Taylor in London.

Tickets: $25 general admission at the door, $20 members/seniors/students with ID. Children under 12 are free. Parking is free in parking lot. No Reservations needed.
To purchase tickets online or for more info, please visit www.miamiguitar.org