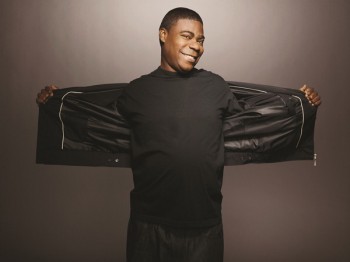 Funnyman Tracy Morgan is bringing his hilarious comedy act to South Florida at The Pavilion at Seminole Casino Coconut Creek at 9 p.m. on Saturday, February 2. Tickets are on sale now.

As a stand-up comedian and sketch-comedy player who has worked the national comedy circuit while appearing on several television programs, Morgan has become a household name. His television appearances include the recurring character â€œHustlemanâ€ on Martin, Apollo Comedy Hour, Def Comedy Jam, Entertainment Tonight, The Rosie Oâ€™Donnell Show, Showtime at the Apollo, HBOâ€™s Snaps, Uptown Comedy Club and The View. In addition, his film credits include co-starring with former SNL cast member Jim Breuer in Half Baked, A Thin Line Between Love and Hate, 30 Years to Life, How High and Jay and Silent Bob Strike Back.

Tickets start at $40* and are available at www.ticketmaster.com. *Additional fees may apply