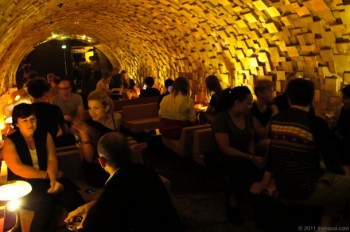 The FDR nightclub at Delano will be transformed into a salon-type atmosphere similar to the original location with a similar style of lighting and cocktails, featuring music, film, art, and fashion. This will be Members-Only, like at the Paris edition.

Surrealist visionary David Lynch is joining in on the Miami Art Week festivities this year with his very own pop-up club. The renowned filmmaker will transform the FDR nightclub at Delano from a chic lounge to a twisted artsy wonderland, with Lynch at the hands-on helm of the eccentric makeover.

Opening at 11 pm each evening, patrons can dip into artistic decadence from the Warhol era and beyond in a haven at which art enthusiasts can mingle, thrive and ogle. Silencio will stimulate both the mind and the senses with its attention to detail under Lynchâ€™s eye as a meeting place for all things art, fashion, music, mixology and nightlife.