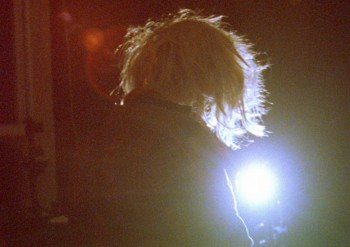 KURT is a multidisciplinary exhibition and study of the late Kurt Cobain. The evening opens with the world premier of a short film by artist Adarsha Benjamin titled KURT – an abstract portrayal of the personality and many masks of the myth that surrounded the late Kurt Cobain featuring various actors and their take on this cultural icon.

The evening continues with a performance by Thurston Moore, from the legendary band Sonic Youth, whose music was a huge influence on Kurt Cobain and Nirvana.

KURT is presented by the Friends of Gusman-Red Curtain Series, Olympia Theater, and Onward Forward, with support from the Knight Foundation, Miami Downtown Development Authority and Friends of Gusman.