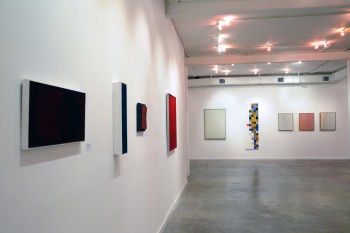 A hub for Latin American and European modern and contemporary art, O. Ascanio Gallery will exhibit world-renowned greats alongside burgeoning artists who are transforming the art world

Miami, FL â€“ O. Ascanio Gallery in Miamiâ€™s Wynwood Arts District will have an opening reception for Aesthetic Perfection at 6:30 p.m. Tuesday, November 20. The collective exhibit, which runs from November 20 â€“ December 31, 2012, features the works of established and emerging artists in a variety of media.

â€œThe newer works represent an avant-garde generation of artists who are going beyond commonly accepted boundaries and creating a new realm of art, while redefining traditional aesthetics,â€ said Ascanio.

Added Ascanio: â€œArt Basel allows us to appreciate different art movements that are occurring simultaneously throughout the world. And through this exhibition, I want to do the same on a smaller scale.â€

Each one of the artists featured in Aesthetic Perfection have created their own artistic, beautiful language through a host of mediums, which together, compose an electic expression of contemporary art.

Visitors will experience a visual feast with Cruz-Diezâ€™s mysterious and changing chromatic spectrums, Sotoâ€™s magical compositions, Bonalumiâ€™s and Oteroâ€™s subtle monochromatic masterpieces and will be awestruck by Vasarelyâ€™s geometric precision.

Photography by Hester explores the inter-reliant relationship between man and construction, construction and the environment and the unintentional emotional response to the design process. Naninâ€™s works create a musical language intertwined with time and space. And Carlos Cabezaâ€™s stream-of-conscious modality creates movement through curved, ebbless sequential patterns that often showcase the female form.

Ascanio is an accomplished gallerist, artist manager, publisher and collector. He began his art career at the age of 17, while apprenticing with Alfredo Boulton. And in 1974 he co-launched Ediciones Macanao, a publishing company he formed with Boulton and Cruz Diez.