Why you should go on the #SeaTweetup 2012

Your intrepid publisher here, James Echols. You know I rarely do personal blog posts, preferring to let the events and photos speak for themselves, but we are planning something really fun and I want to make sure you know. 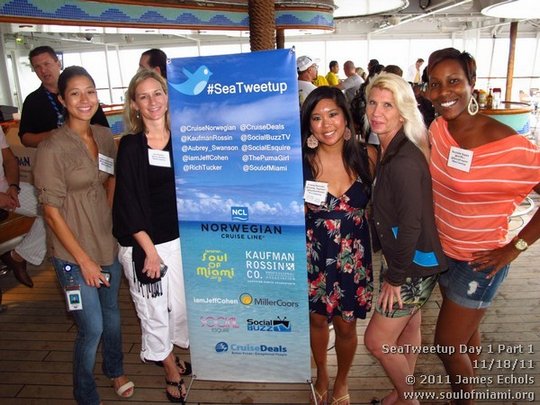 Why you should go on the #SeaTweetup:

First: What is the #SeaTweetup? In short, it is a conference and networking event focused on social media usage. 3-day, 3-night Bahamas Cruise on Norwegian Cruise Lines departing Miami on October 12th, 2012. It includes exclusive sponsored cocktail parties, fast-paced Social Media sessions, special events on Great Stirrup Cay (Norwegianâ€™s private island) and Nassau Bahamas, a commemorative t-shirt, giveaways and a weekend filled with awesome networking opportunities and the chance to meet great people. All of these extras are provided to you for FREE. All you pay for is the cruise. 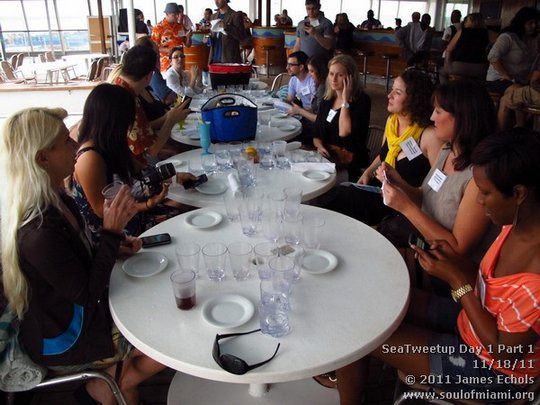 So, how did this ocean-going mini-conference come about? Last year, we went on a social media “Tweetup” tour of one of the Norwegian Cruise Line ships while it was in port. Norwegian wanted to get more into social media (good for them!) and thought that inviting a bunch of social media enthusiasts on board for a quick tour and complimentary lunch would be a good start. We had such a good time that we all decided that we never wanted to leave. So, we contacted Norwegian to see if they would like to host a whole weekend social media cruise. They came on board (no pun intended) and have given it their full support. 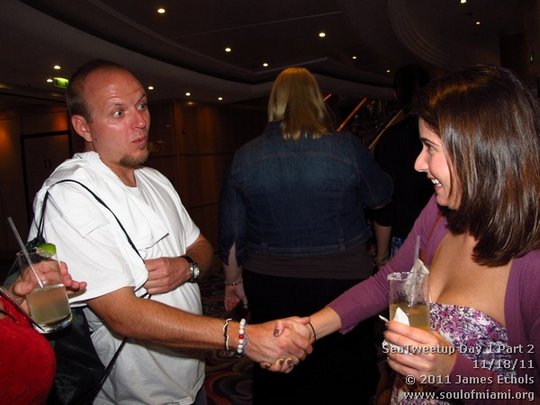 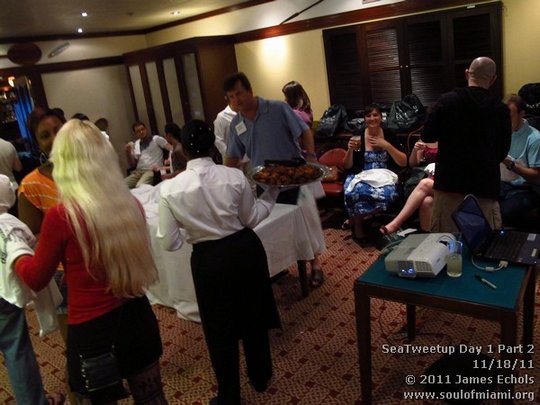 From the second we walked on the ship, it was a great experience. First thing, before we even left port, was a beer/food pairing session with MillerCoors. There we were on the ship drinking free beer! It was a perfect way to start getting aquainted with our fellow social media cruisers, just chilling on the deck, drinking beer and eating good food. MillerCoors is back as a sponsor this year and even more excited. And that was just the first hour! The rest of the cruise went the same. 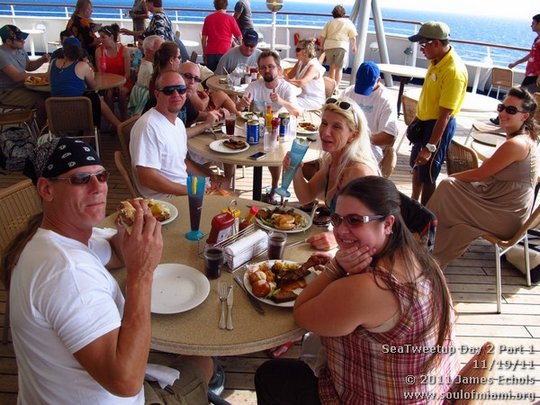 We had about 45 people attend the first one, from all over the country and even Canada. One of the best aspects was the relaxed nature of the conference. Unlike many conferences where you are hustling from room to room, at this one, we had plenty of time to break off into whatever small groups we wanted and just discuss tips and tricks. We could and did eat breakfast, lunch and dinner together. We gathered for happy hour every evening (SPONSORED), then continued to hang out late into the night. 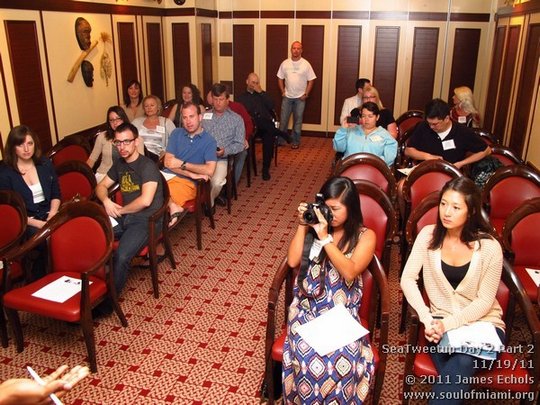 Plus, because you do not have to worry about things like driving to and from your hotel, cleaning your room, finding a restaurant, or any of that other nonsense, you can just focus on having fun and learning from the other attendees. I am still surprised at how much I learned, because I had time to get into serious conversations with other attendees. 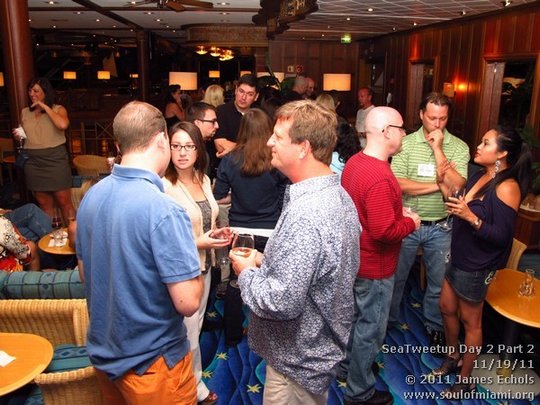 Need more convincing about how awesome it was? Check out the writeup and photos from last year. The Facebook Gallery. The big Soul Of Miami Gallery. 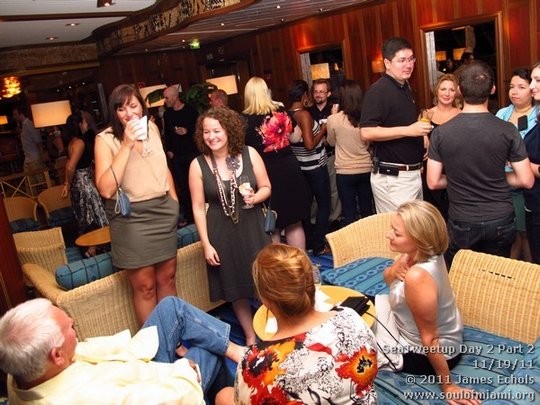 Now for 2012, we, the organizers, are working hard to make sure we hook everyone up with lots of goodies. Expect sponsored happy hours (seriously, how often do you get free drinks on a cruise ship???), goodie bags, games, prizes and even some free WiFi time! (But, I bet you don’t use it.) There will even be a workshop session or two. More info to come on that. Plus, it is a cruise you can write off as a business expense! 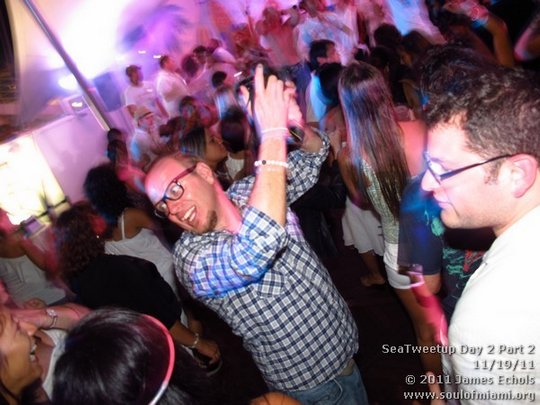 If you want to come, it is best to go ahead and put your $100 deposit down, now. That way you lock in the best price. Rooms start as low as $265. You can book later, but you may end up paying more. Prices often go up the closer to the cruise date you get. As I mentioned, you ONLY pay for the cruise. All of the content and goodies that we are providing are FREE. You may also pay for extra excursions, drinks or other amenities (they have an awesome spa), if you would like, but that is totally up to you. You can see our current itinerary here. 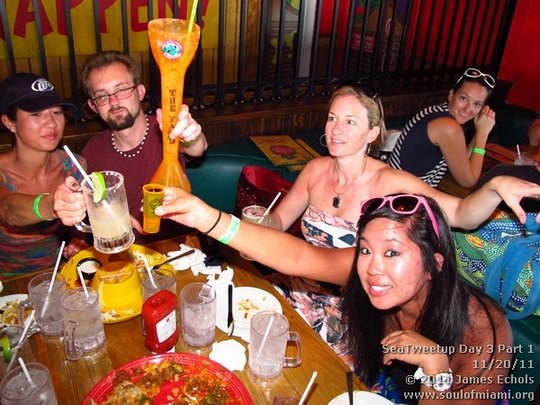 Finally convinced? To book your cruise, go to the Facebook page. Still not convinced? Feel free to hit us up on FacebookÂ or Twitter with any questions.

DO NOT MISS THE BOAT! 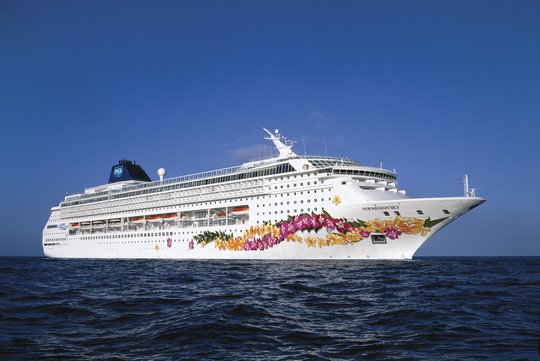